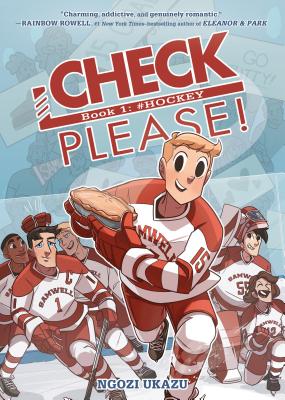 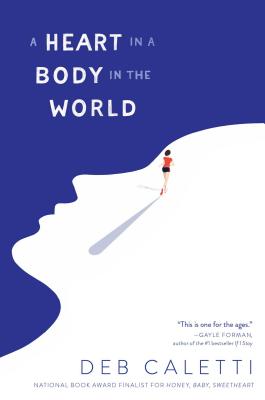 A Heart in a Body in the World by Deb Caletti

Each step on Annabelle’s 2,700 mile cross-country run brings her closer to facing a trauma from her past in National Book Award finalist Deb Caletti’s novel about the heart, all the ways it breaks, and its journey to healing. Because sometimes against our will, against all odds, we go forward.

When everything has been taken from you, what else is there to do but run? So that’s what Annabelle does—she runs from Seattle to Washington, DC, through mountain passes and suburban landscapes, from long lonely roads to college towns. She’s not ready to think about the why yet, just the how—muscles burning, heart pumping, feet pounding the earth. But no matter how hard she tries, she can’t outrun the tragedy from the past year, or the person—The Taker—that haunts her. Followed by Grandpa Ed in his RV and backed by her brother and two friends (her self-appointed publicity team), Annabelle becomes a reluctant activist as people connect her journey to the trauma from her past. Her cross-country run gains media attention and she is cheered on as she crosses state borders, and is even thrown a block party and given gifts. The support would be nice, if Annabelle could escape the guilt and the shame from what happened back home. They say it isn’t her fault, but she can’t feel the truth of that. Through welcome and unwelcome distractions, she just keeps running, to the destination that awaits her. There, she’ll finally face what lies behind her—the miles and love and loss . . . and what is to come.

Return to the immersive, action-packed world of Warcross in this thrilling sequel from #1 New York Times bestselling author Marie Lu

Emika Chen barely made it out of the Warcross Championships alive. Now that she knows the truth behind Hideo’s new NeuroLink algorithm, she can no longer trust the one person she’s always looked up to, who she once thought was on her side. Determined to put a stop to Hideo’s grim plans, Emika and the Phoenix Riders band together, only to find a new threat lurking on the neon-lit streets of Tokyo. Someone’s put a bounty on Emika’s head, and her sole chance for survival lies with Zero and the Blackcoats, his ruthless crew. But Emika soon learns that Zero isn’t all that he seems—and his protection comes at a price. Caught in a web of betrayal, with the future of free will at risk, just how far will Emika go to take down the man she loves? In this explosive sequel to the New York Times bestselling Warcross, Marie Lu delivers an addictive finale that will hold you captive till the very last page.

Escaping from Houdini by Kerri Maniscalco

The #1 New York Times bestselling series that started with Stalking Jack the Ripper and Hunting Prince Dracula continues in this third bloody installment! A luxurious ocean liner becomes a floating prison of madness and horror when passengers are murdered one by one . . . with nowhere to run from the killer.

Audrey Rose Wadsworth and her partner-in-crime-investigation, Thomas Cresswell, are en route to New York to help solve another blood-soaked mystery. Embarking on a week-long voyage across the Atlantic on the opulent RMS Etruria, they’re delighted to discover a traveling troupe of circus performers, fortune tellers, and a certain charismatic young escape artist entertaining the first-class passengers nightly. But then, privileged young women begin to go missing without explanation, and a series of brutal slayings shocks the entire ship. The disturbing influence of the Moonlight Carnival pervades the decks as the murders grow ever more freakish, with nowhere to escape except the unforgiving sea. It’s up to Audrey Rose and Thomas to piece together the gruesome investigation as even more passengers die before reaching their destination. But with clues to the next victim pointing to someone she loves, can Audrey Rose unravel the mystery before the killer’s horrifying finale? 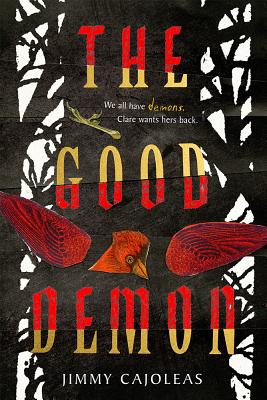 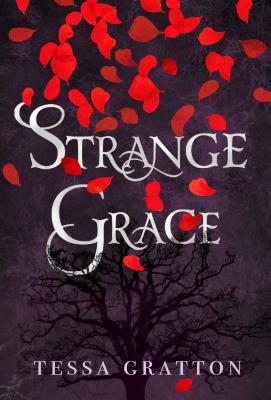 What the Woods Keep by Katya de Becerra

What the Woods Keep is the stunning debut of Katya de Becerra, who combines mystery, science fiction, and dark fantasy in a twisty story that will keep you mesmerized right up to the final page.

On her eighteenth birthday, Hayden inherits her childhood home—on the condition that she uncover its dark secrets. Hayden tried to put the past behind her, and it worked. She’s getting ready for college, living in a Brooklyn apartment, and hanging out with her best friend and roommate Del. But now it’s all catching up with her: her mother’s mysterious disappearance a decade before, her father’s outlandish theories about a lost supernatural race, and Hayden’s own dark dreams of strange symbols and rituals in the Colorado woods where she grew up. As soon as Hayden arrives at her hometown, her friend Del in tow, it begins: Neighbors whisper secrets about Hayden’s mother; the boy next door is now all grown-up in a very distracting way; and Hayden feels the trees calling to her. And among them, deep in the woods, Hayden will discover something incredible—something that threatens reality itself.

The Good Demon by Jimmy Cajoleas

It wasn’t technically an exorcism, what they did to Clare. When the reverend and his son ripped her demon from her, they called it a “deliverance.” But they didn’t understand that Clare and her demon—known simply as Her—were like sisters. She comforted Clare, made her feel brave, helped to ease her loneliness. They were each other’s Only.
Now, Clare’s only comforts are the three clues that She left behind:

Be nice to him
June 20
Remember the stories

Clare will do anything to get Her back, even if it means teaming up with the reverend’s son and scouring every inch of her small, Southern town for answers. But if she sacrifices everything to bring back her demon, what will be left of Clare?

Once, a witch made a pact with a devil. The legend says they loved each other, but can the story be trusted at all? Find out in this lush, atmospheric fantasy novel that entwines love, lies, and sacrifice.

Long ago, a village made a bargain with the devil: to ensure their prosperity, when the Slaughter Moon rises, the village must sacrifice a young man into the depths of the Devil’s Forest. Only this year, the Slaughter Moon has risen early. Bound by duty, secrets, and the love they share for one another, Mairwen, a spirited witch; Rhun, the expected saint; and Arthur, a restless outcast, will each have a role to play as the devil demands a body to fill the bargain. But the devil these friends find is not the one they expect, and the lies they uncover will turn their town—and their hearts—inside out. 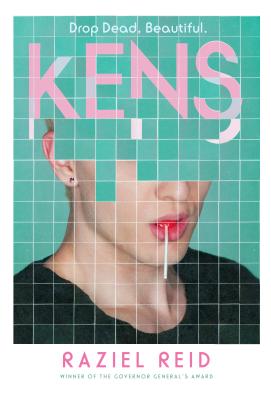 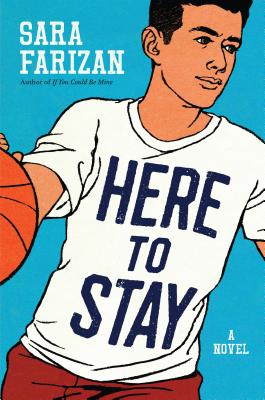 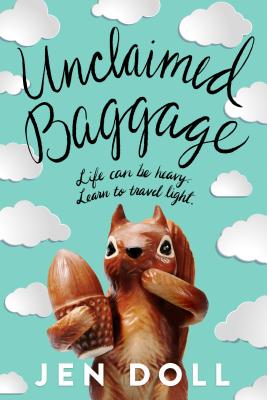 Heterosexuality is so last season: Kens is the gay Heathers meets Mean Girls, a shocking parody for a whole new generation.

Every high school has the archetypical Queen B and her minions. In Kens, the high school hierarchy has been reimagined. Willows High is led by Ken Hilton, and he makes Regina George from Mean Girls look like a saint. Ken Hilton rules Willows High with his carbon-copies, Ken Roberts and Ken Carson, standing next to his throne. It can be hard to tell the Kens apart. There are minor differences in each edition, but all Kens are created from the same mold, straight out of Satan’s doll factory. Soul sold separately.

Tommy Rawlins can’t help but compare himself to these shimmering images of perfection that glide through the halls. He’s desperate to fit in, but in a school where the Kens are queens who are treated like Queens, Tommy is the uncool gay kid. A once-in-a-lifetime chance at becoming a Ken changes everything for Tommy, just as his eye is caught by the tall, dark, handsome new boy, Blaine. Has Blaine arrived in time to save him from the Kens? Tommy has high hopes for their future together, but when their shared desire to overthrow Ken Hilton takes a shocking turn, Tommy must decide how willing he is to reinvent himself—inside and out. Is this new version of Tommy everything he’s always wanted to be, or has he become an unknowing and submissive puppet in a sadistic plan?

Here to Stay by Sara Farizan

Bijan Majidi is not:

What happens when a kid who’s flown under the radar for most of high school gets pulled off the bench to make the winning basket in a varsity playoff game?

If his name is Bijan Majidi, life is suddenly high fives in the hallways and invitations to exclusive parties–along with an anonymous photo sent by a school cyberbully that makes Bijan look like a terrorist. The administration says they’ll find and punish the culprit. Bijan wants to pretend it never happened. He’s not ashamed of his Middle Eastern heritage; he just doesn’t want to be a poster child for Islamophobia. Lots of classmates rally around Bijan. Others make it clear they don’t want him or anybody who looks like him at their school. But it’s not always easy to tell your enemies from your friends. Here to Stay is a painfully honest, funny, authentic story about growing up, speaking out, and fighting prejudice.

Doris—a lone liberal in a conservative small town—has mostly kept to herself since the terrible waterslide incident a few years ago. Nell had to leave behind her best friends, perfect life, and too-good-to-be-true boyfriend in Chicago to move to Alabama. Grant was the star quarterback and epitome of “Mr. Popular” whose drinking problem has all but destroyed his life. What do these three have in common? A summer job working in a store called Unclaimed Baggage cataloging and selling other people’s lost luggage. Together they find that through friendship, they can unpack some of their own emotional baggage and move on into the future. 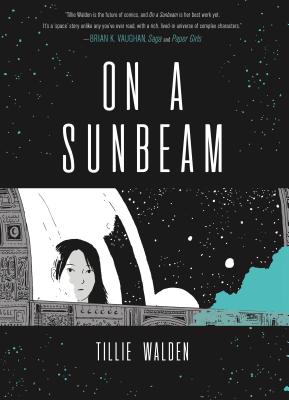 We are hosting a zine-making workshop with Tillie before the book signing! REGISTER HERE.