Heart of Thorns, The Sandcastle Empire, and Witchtown 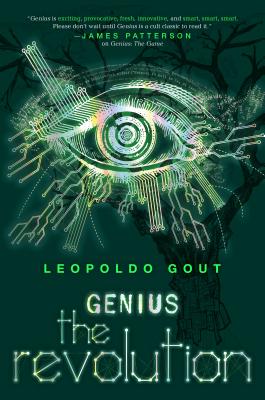 Put an atheist in a strict Catholic school? Expect comedy, chaos, and an Inquisition. The Breakfast Club meets Saved! in debut author Katie Henry’s hilarious novel about a band of misfits who set out to challenge their school, one nun at a time. Perfect for fans of Becky Albertalli and Robyn Schneider.

This Story Is A Lie by Tom Pollock

A YA thriller described as The Curious Incident of the Dog in the Night-Time meets John le Carré, about a teen math prodigy with an extreme anxiety disorder who finds himself caught in a web of lies and conspiracies after an assassination attempt on his mother. Weaving between Pete’s past and present, This Story Is a Lie is a testimony from a  protagonist who is brilliant, broken and trying to be brave.

These Rebel Waves by Sarah Raasch

A thrilling new fantasy series—full of deadly magic, double crosses, and a dangerous quest in a new world—from Sara Raasch, the New York Times bestselling author of the Snow Like Ashes series.

WELCOME TO THE NEAR FUTURE, where good and honest citizens can enjoy watching the executions of society’s most infamous convicted felons, streaming live on The Postman app from the suburbanized prison island Alcatraz 2.0.  When seventeen-year-old Dee Guerrera wakes up in a haze, lying on the ground of a dimly lit warehouse, she realizes she’s about to be the next victim of the app. Knowing hardened criminals are getting a taste of their own medicine in this place is one thing, but Dee refuses to roll over and die for a heinous crime she didn’t commit. Can Dee and her newly formed posse, the Death Row Breakfast Club, prove she’s innocent before she ends up wrongfully murdered for the world to see? Or will The Postman’s cast of executioners kill them off one by one?

Since she was seven years old, Yvonne has had her trusted violin to keep her company, especially in those lonely days after her mother walked out on their family. But with graduation just around the corner, she is forced to face the hard truth that she just might not be good enough to attend a conservatory after high school. Full of doubt about her future, and increasingly frustrated by her strained relationship with her successful but emotionally closed-off father, Yvonne meets a street musician and fellow violinist who understands her struggle. He’s mysterious, charming, and different from Warren, the familiar and reliable boy who has her heart. But when Yvonne becomes unexpectedly pregnant, she has to make the most difficult decision yet about her future.

Genius: The Revolution by Leopoldo Gout

Three teen geniuses from diverse backgrounds must take down an online terrorist ring, rescue an imprisoned father, and prepare for their final showdown with a misguided mastermind in this third and final book in the Genius YA trilogy by Leopoldo Gout.

A witty, fresh romantic comedy, set on one fateful prom night, about two high-school seniors who can’t quite admit they are in love. Think E. Lockhart meets Katie Cotugno.

“The best word I can use to describe The Last Best Story is fresh. This book is topical while still staying entertaining and funny, with an awesome romance and zig-zagging plot that fans of Becky Albertalli and Caleb Roehrig will love. It’s refreshing and shows that good teenage romance doesn’t just need to be sexy and dramatic, but ships should actually be compatible and be able to work with each other. Plus our leads, Grant and Rose, are given some maturity and fight for things that matter like free speech and journalistic integrity.”—Ivy, Teen Press Corps

A stunning new adventure set in the kingdoms of the Remnant. When outlaw leader meets reformed thief, a cat-and-mouse game of false moves ensues, bringing them intimately together in a battle that may cost them their lives—and their hearts.

Announcing the 4th Annual Day of Sales @BookPeople benefiting the #TTBF on Aug. 16th! 10% of ALL in-store purchases go right back to the Festival. Books for all ages (even signed ones!), gifts, clothes, toys, and more! The store is open 9am to 11pm. We’ll see you then!