It’s no surprise that it doesn’t feel like winter in Austin. It’s not like we’d know what to do if it did.

But that’s no reason not to cuddle up with your favorite winter-themed book and pretend it’s snowing! 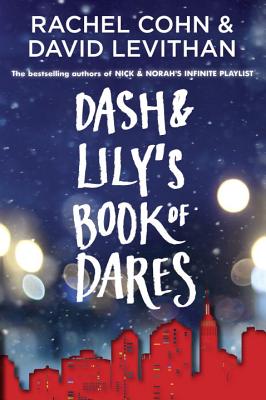 Let It Snow: A Christmas Eve snowstorm transforms one small town into a romantic haven. Well, kinda. After all, a cold and wet hike from a stranded train through the middle of nowhere would not normally end with a delicious kiss from a charming stranger. And no one would think that a trip to the Waffle House through four feet of snow would lead to love with an old friend. Or that the way back to true love begins with a painfully early morning shift at Starbucks. Thanks to three of today’s bestselling teen authors — John Green, Maureen Johnson, and Lauren Myracle — the magic of the holidays shines on these hilarious and charming interconnected tales of love, romance and breathtaking kisses.

My True Love Gave To Me: If you love holiday stories, holiday movies, made-for-TV-holiday specials, holiday episodes of your favorite sitcoms or, especially, if you love holiday anthologies, you’re going to fall in love with My True Love Gave to Me. The book features twelve holiday stories by twelve bestselling young adult writers, and was edited by the international bestselling author, Stephanie Perkins. Whether you celebrate Christmas or Hanukkah, Winter Solstice or Kwanzaa, there’s something here for everyone. So curl up by the fireplace and get cozy. You have twelve reasons this season to stay indoors and fall in love.

Dash and Lily’s Book of Dares: 16-year-old Lily has left a red notebook full of challenges on her favorite bookstore shelf, waiting for just the right guy to come along and accept its dares. Dash, in a bad mood during the holidays, happens to be the first guy to pick up the notebook and rise to its challenges. What follows is a whirlwind romance as Dash and Lily trade dares, dreams, and desires in the notebook they pass back and forth at locations all across New York City. But can their in-person selves possibly connect as well as their notebook versions, or will their scavenger hunt end in a comic mismatch of disastrous proportions? Co-written by Rachel Cohn (Gingerbread) and David Levithan, co-author of Will Grayson, Will Grayson,with John Green (The Fault in Our Stars), Dash and Lily’s Book of Dares is a love story that will have readers scouring bookstore shelves, looking and longing for a love (and a red notebook) of their own.

If you’re loving one of the hottest shows on the CW right now — and let’s be real, who isn’t? — you should pick up the original source material. 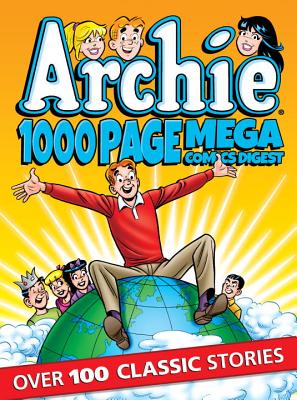 We’ve got tons of amazing Archie Digest in stock, including the special 1000 page mega digest!

Perfect to fill the void that will be caused when the shows break for the holidays!

There aren’t a lot of new releases this week, but that just means there’s loads of time to catch up on that TBR pile after knocking these out.

The Chaos of Standing Still by Jessica Brody: Ryn has one unread text message on her phone. And it’s been there for almost a year. She hasn’t tried to read it. She can’t. She won’t. Because that one message is the last thing her best friend ever said to her before she died. But as Ryn finds herself trapped in the Denver International Airport on New Year’s Eve thanks to a never-ending blizzard on the one-year anniversary of her best friend’s death, fate literally runs into her. And his name is Xander. When the two accidentally swap phones, Ryn and Xander are thrust into the chaos of an unforgettable all-night adventure, filled with charming and mysterious strangers, a secret New Year’s Eve bash, and a possible Illuminati conspiracy hidden within the Denver airport. As moving as it is funny, The Chaos of Standing Still is a heartwarming story about the earth-shattering challenges life throws at us — and the unexpected strangers who help us along the way.

R.I.P. Eliza Hart by Alyssa Sheinmel: When Eliza Hart, the most popular girl at Ventana Ranch boarding school, is found dead, Ellie Sokoloff is determined to figure out what happened to her. After all, Eliza was Ellie’s childhood best friend. Never mind that ever since Ellie arrived at school Eliza has spread terrible rumors about her, calling her a liar and a stalker, when all Ellie wanted to do was rekindle their old friendship. Or that Ellie’s claustrophobia limits where she can go and what she can do. Or that Ellie’s suitemate, Sam, is the only one who will help her . . . because to everyone else, Ellie looks like the top suspect. Can Ellie clear her name and solve the mystery behind Eliza’s death? Her hunt for the truth will uncover secrets she never imagined, sending her deep into her own memories of her childhood with Eliza Hart. New York Times bestselling author Alyssa Sheinmel delivers a gripping mystery and a sensitive and moving examination of the secrets that can hold us back — and even destroy us.

One thought on “Teen Thursday: Winter is coming…maybe.”