It’s Teen Thursday. Here’s the scoop on what’s new in the world of YA literature!

Whether you’re a hero, villain or something in between, it’s time to geek out! Marissa Meyer is coming to BookPeople!!! She’ll be here November 13 @ 7 p.m. Join us for a speaking, signing, and some epic shenanigans! Click here for all the details.

The 2017 Texas Teen Book Festival (TTBF, for short) was a blast!!! Miss out? Don’t worry, we’ve got some signed stock in the store! Plus we took plenty of snaps: 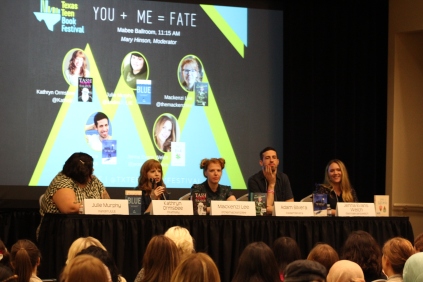 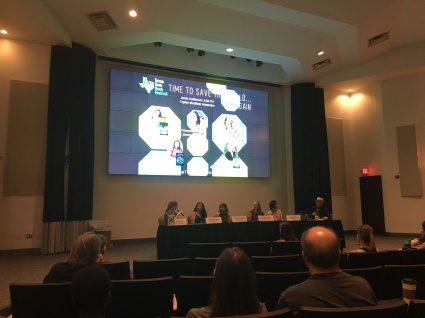 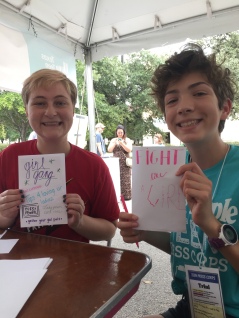 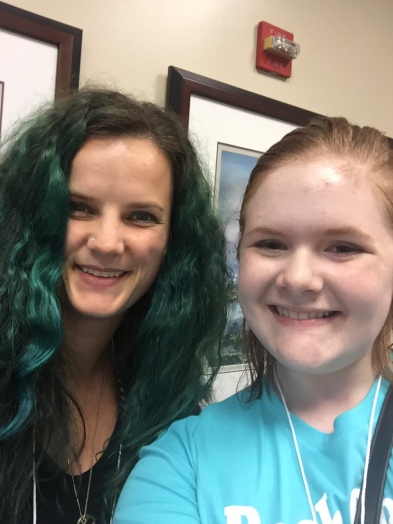 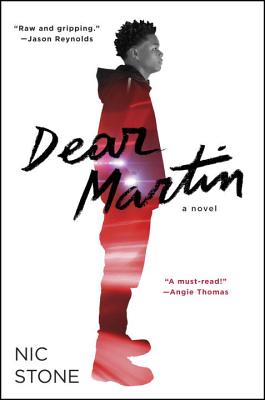 Raw, captivating, and undeniably real, Nic Stone joins industry giants Jason Reynolds and Walter Dean Myers as she boldly tackles American race relations in this stunning debut. Justyce McAllister is top of his class and set for the Ivy League–but none of that matters to the police officer who just put him in handcuffs. And despite leaving his rough neighborhood behind, he can’t escape the scorn of his former peers or the ridicule of his new classmates. Justyce looks to the teachings of Dr. Martin Luther King Jr. for answers. But do they hold up anymore? He starts a journal to Dr. King to find out. Then comes the day Justyce goes driving with his best friend, Manny, windows rolled down, music turned up–way up, sparking the fury of a white off-duty cop beside them. Words fly. Shots are fired. Justyce and Manny are caught in the crosshairs. In the media fallout, it’s Justyce who is under attack.

Have you ever wished you could receive a little guidance from your favorite book boyfriend? Ever dreamed of being the Chosen One in a YA novel? Want to know all the secrets of surviving the dreaded plot twist? Or maybe you’re just really confused about what “opal-tinted, luminous cerulean orbs” actually are? Well, popular Twitter personality @broodingYAhero is here to help as he tackles the final frontier in his media dominance: writing a book. Join Broody McHottiepants as he attempts to pen Brooding YA Hero: Becoming a Main Character (Almost) as Awesome as Me, a “self-help” guide (with activities–you always need activities) that lovingly pokes fun at the YA tropes that we roll our eyes at, but secretly love. As his nefarious ex, Blondie DeMeani, attempts to thwart him at every turn, Broody tackles, among other topics, how to choose your genre, how to keep your love interest engaged (while maintaining lead character status), his secret formula for guaranteed love triangle success, and how to make sure you secure that sequel, all while keeping his hair perfectly coiffed and never breaking a sweat. 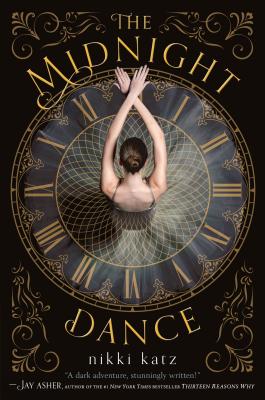 Set against the fascinating and moody backdrop of a mysterious boarding school, this intricately crafted novel is filled with magical realism, gothic settings, and the perfect hint of romance.

Seventeen-year-old Penny is a lead dancer at the Grande Teatro, a finishing school where she and eleven other young women are training to become the finest ballerinas in Italy. Tucked deep in the woods, the school is overseen by the mysterious and handsome young Master, who keeps the girls imprisoned in the estate – and in the only life Penny has ever known.

But when flashes of memories – memories of a life very different from the one she thinks she’s been leading – start to appear, Penny begins to question the Grande Teatro and the motivations of Master. With a kind and attractive kitchen boy, Cricket, at her side, Penny vows to escape the confines of her school and the strict rules that dictate every step she takes. But at every turn, Master finds a way to stop her, and Penny must uncover the secrets of her past before it’s too late.

Debut author Nikki Katz delivers a unique and haunting twist on a classic fairy tale with The Midnight Dance, chosen by readers like you for Macmillan’s young adult imprint Swoon Reads.