BookPeople is honored to welcome Chelsea Clinton for the paperback release of her book It’s Your World,  the inspirational hit that encourages readers of all ages to do their part to make the world a better place. This event is a signing only. Tickets are required and are available from BookPeople 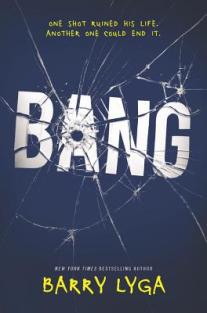 A chunk of old memory, adrift in a pool of blood.
Sebastian Cody did something horrible, something no one–not even Sebastian himself–can forgive. At the age of four, he accidentally shot and killed his infant sister with his father’s gun.
Now, ten years later, Sebastian has lived with the guilt and horror for his entire life. With his best friend away for the summer, Sebastian has only a new friend–Aneesa–to distract him from his darkest thoughts. But even this relationship cannot blunt the pain of his past. Because Sebastian knows exactly how to rectify his childhood crime and sanctify his past. It took a gun to get him into this. Now he needs a gun to get out.
Unflinching and honest, Bang is the story of one boy and one moment in time that cannot be reclaimed, as true and as relevant as tomorrow’s headlines
.

The Adjustment by Suzanne Young

How do you go back to a life you can’t remember? Find out in this follow up to the New York Times bestselling The Program and The Treatment.
Tatum Masterson never went through The Program. She never had her memory stripped, never had to fight to remain herself. But when Weston, her longtime boyfriend and love of her life, was taken by handlers, she hoped he’d remember her somehow–that their love would be strong enough.
It wasn’t.
Like all returners, Weston came back a blank canvas. The years he and Tatum spent together were forgotten, as well as the week when he mysteriously disappeared before The Program came for him.
Regardless of his memory loss, Tatum fights to get Weston to remember her. And just as they start to build a new love, they hear about the Adjustment–a new therapy that implants memories from a donor. Despite the risks, Tatum and Weston agree to go through the process. Tatum donates her memories from their time together.
But the problem with memories is that they are all a matter of perspective. So although Weston can now remember dating Tatum, his emotions don’t match the experiences. And this discrepancy is slowly starting to unravel him, worse than anything The Program could have done.
And as the truth of their life together becomes clear, Tatum will have to decide if she loves Weston enough to let him go, or to continue to live the lie they’d build together.
Prepare for your Adjustment.

The only thing Winter Crane likes about Reeve’s End is that soon she’ll leave it. Like her best friend did. Like her sister did. Like most of the teens born in town have done. There’s nothing for them there but abandoned mines and empty futures. They’re better off taking a chance elsewhere.
What Winter will miss is the woods. Her only refuge. At least it was. Until the day she found Lennon left for dead, bleeding in a tree.
But now Lennon is gone too. And he has Winter questioning what she once thought was true. What if nobody left at all? What if they’re all missing?

Grendel’s Guide to Love and War 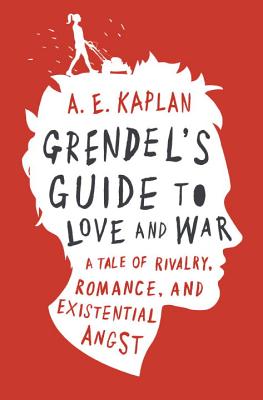 Tom Grendel lives a quiet life–writing in his notebooks, mowing lawns for his elderly neighbors, and pining for Willow, a girl next door who rejects the -manic-pixie-dream- label. But when Willow’s brother, Rex (the bro-iest bro ever to don a jockstrap), starts throwing wild parties, the idyllic senior citizens’ community where they live is transformed into a war zone. Tom is rightfully pissed–his dad is an Iraq vet, and the noise from the parties triggers his PTSD–so he comes up with a plan to end the parties for good. But of course, it’s not that simple.
One retaliation leads to another, and things quickly escalate out of control, driving Tom and Willow apart, even as the parties continue unabated. Add to that an angsty existential crisis born of selectively reading his sister’s Philosophy 101 coursework, a botched break-in at an artisanal pig farm, and ten years of unresolved baggage stemming from his mother’s death . . . and the question isn’t so much whether Tom Grendel will win the day and get the girl, but whether he’ll survive intact.

We’re only one month away from the release of the movie adaptation of Everything Everything. Based on Nicole Yoon’s phenomenal debut novel, the film follows the story of  an 18 year old girl named Maddy (Amandla Stenberg) who is hermetically-sealed into her home due to a severe illness, and the boy next door, Olly (Nick Robinson), who will stop at nothing to bring them together. Grab the book today to get ready for the release!