We Have SIGNED Copies of How To Be A Bawse

Superwoman extraordinaire Lilly Singh stopped by BookPeople this week and signed copies of her book How To Be A Bawse: A Guide to Conquering Life! – – a collection of inspiring essays on how to achieve goals and foster confidence.

Click the link above to order your SIGNED copy before they all run out!

It’s a YA weekend at BookPeople !!!

It’s time to return to the Seven Realms for another epic tale! Set in the same world as her previous Seven Realms series, Cinda Williams Chima is bringing the adventure back a few generations later in Shadowcaster.

Alyssa, the reluctant princess, and Arden, the trained warrior, are both fighting against the assigned worlds they’ve belonged to their entire lives. But as they try to bring about change to their warring kingdoms, the stakes grow increasingly more dangerous, and the cost of war may be higher than either expected.

Here We Are is the feminist essay collection that every kid, teen, and adult needs to read. Filled with 44 different comics, stories, and essays that will open your mind to new ways of thinking, Here We Are, is packed full of great conversation starters.

With topics ranging from how to join a fandom to how to deal with not being the coolest kid in school to whether or not you have to wear make up to be a feminist, Here We Are provides commentary for everyone from veterans to the feminist newbies.

Saturday, April 8, the Teen Press Corps will be taking over the BookPeople Instagram! Join them for their shelfies, stories, and super secret TPC updates!

Sixteen-year-old Bentley Royce seems to have it all: an actual Bentley, tuition to a fancy private school, lavish vacations, and everything else that comes along with being an LA starlet. But after five seasons on her family’s reality show, Rolling with the Royces, and a lifetime of dealing with her narcissistic sister, Porsche, media-obsessed mother, Mercedes, and somewhat clueless brother, Maybach, Bentley wants out. Luckily for her, without a hook for season six, cancellation is looming and freedom is nigh. With their lifestyle on the brink, however, Bentley’s family starts to crumble, and one thing becomes startlingly clear–without the show, there is no family. And since Bentley loves her family, she has to do the unthinkable–save the show. But when her future brother-in-law’s car goes over a cliff with both Bentley and her sister’s fianc inside-on the day of the big made-for-TV wedding, no less-things get real.
Really real. Like, not reality show real.
Told in a tongue-in-cheek voice that takes a swipe at all things Hollywood, Royce Rolls is a laugh-out-loud funny romp with an LA noir twist about what it means to grow up with the cameras rolling and what really happens behind the scenes.

Defy the Stars by Claudia Grey 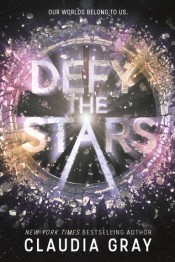 Noemi Vidal is seventeen years old and sworn to protect her planet, Genesis. She’s willing to risk anything–including her own life. To their enemies on Earth, she’s a rebel.
He’s a machine.
Abandoned in space for years, utterly alone, Abel has advanced programming that’s begun to evolve. He wants only to protect his creator, and to be free. To the people of Genesis, he’s an abomination.
Noemi and Abel are enemies in an interstellar war, forced by chance to work together as they embark on a daring journey through the stars. Their efforts would end the fighting for good, but they’re not without sacrifice. The stakes are even higher than either of them first realized, and the more time they spend together, the more they’re forced to question everything they’d been taught was true. 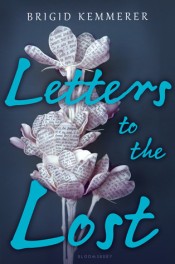 Letters to the Lost by Brigid Kemmerer

“This story is life. Straight forward, no sugar coating. It taps into what it means to grieve, to regret, to live. That is what I love about Letters to the Lost.

This story is all about finding someone who shares the pain of losing a loved one.

Juliet and Declan are almost complete opposites besides for this commonality.

Juliet writes letters to her recently deceased mother and leaves them at her grave. Declan decides to reply. That one simple move begins a long chain of letters and emails that link these two lives to one another.”

Things are about to get nutty on Freeform

Marvel is bringing their New Warriors comics to life with an all-new show for Freeform. Already home to the YA adaptations, Shadowhunters and Pretty Little Liars (among others), Freeform will know be playing host to the team of six young heroes who live and work together in a sort of not quite ready to be Avengers lifestyle.

This team of would-be heroes has all the typical problems of a group of YA heroes/heroines, except you have to add in the whole they need to save the world from bad guys who just don’t care that they’ve got other plans lined up element (okay, so maybe they are just typical YA heroes).

The series will focus on Squirrel Girl, aka Doreen Green. A girl who is confident, witty, optimistic, a great leader…and oh yeah, she has a giant squirrel tail (and a best friend/sidekick who happens to be a Squirrel named Tippy Toe).

Marvel representatives have already said the show will be a 30 minute comedy, which will be a change from some of the darker, broodier superheroes filling the TV stations right now. New Warriors is still in the very early stages of production, so look for more news to come. Until then check out: The Unbeatable Squirrel Girl: Squirrel Meets World by Shannon and Dean Hale (http://www.bookpeople.com/book/9781484781548) to get caught up on all things Doreen!