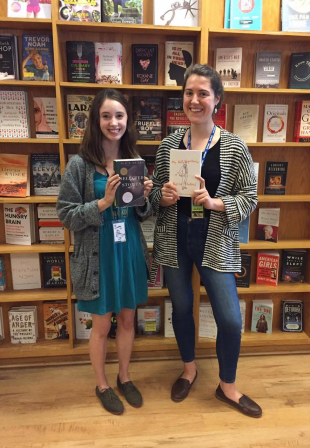 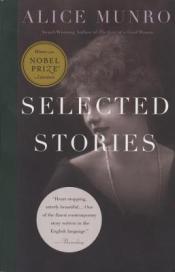 Alice Munro writes about real life with enough insight and truth to call it fiction. The plots to her stories may sound boring on the surface (A father takes his children on his sales route and they make an unusual detour. A librarian was in love. A mother and daughter attend a piano recital), but she leaves the heavy lifting to the subtext. Munro’s stories are desperate, dark, and deliberate. Her stories can span 50 years and jump through those years seamlessly in a single paragraph. Her prose is terse and poignant. She won the Nobel Prize in Literature in 2013, and for a good reason. Her stories are certainly worth checking out. You can find copies of Selected Stories, 1968-1994 on our shelves and via bookpeople.com.

This week I’m reading My Cat Yugoslavia, by Pajtim Statovici. It’s the parallel stories of a mother and son; the former as a young betrothed bride in impoverished rural Kosovo, consumed with her desire to attain the cosmopolitan Western lifestyle she glimpses in the magazines she eyes on trips to Pristina. Thirty years later, in Finland, her son struggles with his own identity as an immigrant. He is thoroughly Finnish, but his features, religion, and history betray him, and is denied the acceptance of native Finns. Extracted from the tight familial and village bonds of Kosovo, he channels his loneliness through hook-up apps, a pet boa constrictor, which he is determined to make love him back, and an emotionally abusive relationship with a talking anthropomorphic cat who may or may not be a hallucination — I don’t know, I haven’t gotten there yet. So far, it’s definitely worth a read and will be published on April 18th. Soon, you can find copies of My Cat Yugoslavia on our shelves and via bookpeople.com.

Who Killed These Girls?: Cold Case: The Yogurt Shop Murders by Beverly Lowry

This is a true crime book about the Yogurt Shop Murders which took place in Austin in December of 1991. I grew up here in Austin and I used to go to that yogurt shop — I was eight or nine at the time when the events took place, and I can remember it. This book is very detailed and a lot of research has clearly been done. It shifts between what what we know happened, how they figured it out, and how the police went about trying to gather evidence. It also follows the lives of the girls and the boys accused of their murder. It’s a fascinating look at devastating crime in a city just beginning to recognize that it’s a city. The unpreparedness of the police is very clear and I think it has made me realize that the city of Austin was really growing up at the same time I was. The book really paints a picture of a time that I remember, but much darker than I had ever realized. If you’re fascinated by true crime and by Austin and the different eras that it has had, this is definitely a book for you. You can find copies of Who Killed These Girls? on our shelves and via bookpeople.com.

I’ve just started an upcoming novel called American War by Omar El Akkad. It’s set in the not too distant future and is about a second American civil war, brought on by political disputes about environmental issues. While these dystopian stories seem a dime a dozen nowadays, I can never get enough. There are endless scenarios to play out, and I find it fascinating to explore our present with ideas about the future. So far, the story seems well thought out with characters that have quickly grabbed my attention and empathy. This book will be published on April 4th. Soon, you can find copies of American War on our shelves and via bookpeople.com.