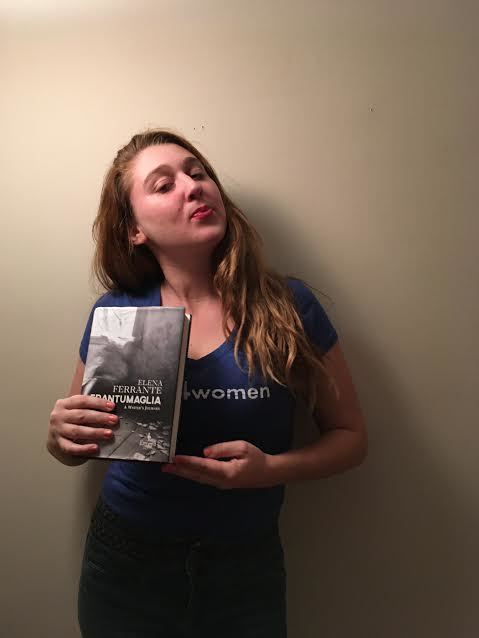 “The perfect prescription for your sense of loss upon finishing the fourth and final installment of the Neapolitan novels, The Story of the Lost Child. While it’s still true, you have been forcibly ejected from this breathless, absorbing fictional world that feels more real and urgent than your own, following up with Frantumaglia gives you the chance to have a good think and emotionally process all the harrowing things that you—I mean, Lenu—have been through over the course of your life, career, and long friendship with Lila Cerullo. The voice that emerges from this collection of letters, essays, and interviews is one highly recognizable, not to mention irresistible, to readers of Ferrante’s fiction. It’s the voice not quite of Lenu Greco or Lila Cerullo, but something close: a voice that created these mesmerizing characters, but is separate enough from them to, in Ferrante’s words, ‘give a less circumscribed meaning to individual experience.’ Fascinating insight into a deeply private writer.” Frantumaglia comes out November 1st. Pre-order now! And don’t miss our Ferrante Fever party!

The Fire Next Time by James Baldwin

“The fall semester is in full swing and it’s hard to find a moment to read when you’re drowning in hundred-page-long textbook chapters and, seemingly, writing papers every other day. But sometimes you find the occasional gem in that mess—I definitely have in one of my assigned readings, The Fire Next Time. Baldwin’s diagnosis of race relations in 1963 America has me shuddering with every turn of the page, mostly because I’m seeing so much of what he’s describing all over the news today. Baldwin does not hold back at all; this is some of the most passionate, unrelenting writing I’ve come across and stokes a fire within me to fight against the racial injustice that’s been brewing in this country for far too long. If what he says is hard to swallow—good. Great writing should do one of two things: break hearts and change minds. This book does both.” You can find copies of The Fire Next Time on our shelves and via bookpeople.com.

“If you read her debut novel, Binary Star, you know Sarah Gerard can craft poetic prose. Her forthcoming essay collection, Sunshine State, proves she can do a lot more. Pieces such as a second-person letter to a former best friend, a first-person essay about her drug-infused teen years, and a lyric poem/essay written on the occasion of her 30th birthday read more like the Gerard you might know, but here she proves herself just as rigorous as she is honest in well-researched essays about her parents’ drinking, community advocacy, and Christian Scientist religious practices; Amway and American consumerism; a bird sanctuary with a scam-like reputation; and more. In doing so, Gerard shines a light on Florida (my home state, incidentally) in a way I’ve never quite seen done. I’m obsessed. Pre-order it before all your friends have read it.” Sunshine State comes out April 11th. Pre-order now!

“I’ve been meaning to read this book for years, and now I finally am. This important young adult novel is about a girl who deals with the entirety of freshman year with no friends, because she called the cops at a summer party. The reasoning though was something terrifying that she can’t speak about. This novel is about that struggle, and it is completely shaking me. Written beautifully, this intense novel will leave you feeling differently about your own high school years. Everyone should read this, no matter the age. You’ll feel differently as a person once you do.” You can find copies of Speak on our shelves and via bookpeople.com.

A Court of Mist and Fury by Sarah J. Maas

“I can’t remember the last time I devoured a book so quickly. The sequel to A Court of Thorns and Roses is fast paced, action packed, and everything I could have wanted in a follow-up to the fantastic first book. The series tells the story of Feyre, a human huntress who unintentionally traps herself in the mysterious world of the fae, a world full of faerie-like mythical creatures who possess magical abilities. While I truly enjoyed the first book, the second has completely and utterly surpassed my expectations; never before have I enjoyed a sequel more than the first novel in a series. The story grows and expands in ways that I could never have guessed, we learn more about the enchanting fae world that the plot is set in, and Feyre develops so, SO much as a character. This is how all series should be written. If you enjoy gorgeous fantasy world building, compelling and kick ass heroines, and a beautifully written love story on the side, Sarah J. Mass has you covered.” You can find copies of A Court of Mist and Fury on our shelves and via bookpeople.com.