We had a bunch of events this fall announced at our Carnival of Books! Here’s a preview of the September YA and chapter book events–see you there! Check out our online calendar here.

The fall book season is starting soon, so here’s a preview of titles that are coming out this Tuesday, August 30th. Check it out!

A Torch Against the Night by Sabaa Tahir

Following the events of the Fourth Trial, an army led by Masks hunts the two fugitives as they escape the city of Serra and journey across the vast lands of the Martial Empire. Laia is determined to break into Kauf the Empire’s most secure and dangerous prison and save her brother, whose knowledge of Serric steel is the key to the Scholars’ future. And Elias is determined to stay by Laia’s side…even if it means giving up his own chance at freedom.

Don’t miss this electrifying sequel to An Ember in the Ashes.

The Thousandth Floor by Katharine McGee

Manhattan, 2118. A thousand-story tower has been built in the middle of the city with every amenity imaginable. But even in this world of luxury, life isn’t perfect. Leda Cole’s flawless exterior belies a hidden addiction. Eris Dodd-Radson’s privileged life is upended by a betrayal that tears her family apart. Rylin Myers is struggling to make ends meet, any way she knows how. Watt Bakradi is thriving at the center of the tower’s social scene, but only with the help of an illegal A.I. he designed. And up on the thousandth floor is Avery Fuller. She’s genetically designed to be perfect, yet she’s tormented by the one thing she can never have.

The Fixes by Owen Matthews

Eric Connelly is crumbling under the weight of his dad’s expectations. He can’t seem to live up to the “Connelly Man” standards—but when he meets the mysterious, free-spirited Jordan Grant, his dad’s rules seem so much less important than they used to. Jordan and Eric—now “E”—join up with two of the most popular girls in school to combat their rich-kid boredom by cruising their beachside hometown of Capilano. But as Jordan seduces E further into this depraved life, the group starts to kill time in more nefarious ways. 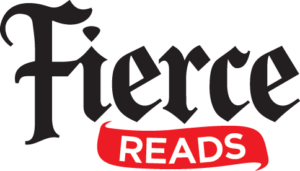 FIERCE READS COSTUME CONTEST ANNOUNCED!
Have you ever wanted to be a demi-god at Camp Half-Blood? Or a wizard at Hogwarts? Will you don your Grisha kefta to reveal yourself as a Heartrender? Sun Summoner? The Darkling? Are you ready to show the world you are House Baratheon or House Stark? Have you always wished you could walk through the world as your favorite literary hero-or villain? Well, here’s your chance!
TTBF is hosting its first ever Costume Contest, launching at this year’s Texas Teen Book Festival on October 1 and sponsored by Fierce Reads!
All the contest information can be found here. See you there!

Check out the rest of the winners here, via Bustle.com.