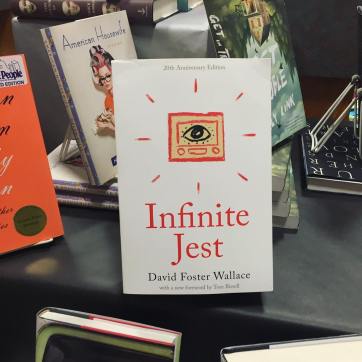 In this long-awaited memoir, heavy metal’s leading female rocker (Rolling Stone) opens up about the 70s and 80s music scene and her trailblazing life as the lead guitarist of pioneering band the Runaways and her platinum-selling, Grammy-nominated solo career.

Lita Ford will speak & sign here at BookPeople this Saturday, 2/27 at 6PM!

Really the Blues by Mezz Mezzrow and Bernard Wolfe

Mezz Mezzrow was a boy from Chicago who learned to play the sax in reform school and pursued a life in music and a life of crime. He moved from Chicago to New Orleans to New York, working in brothels and bars, bootlegging, dealing drugs, getting hooked, doing time, producing records, and playing with the greats, among them Louis Armstrong, Bix Beiderbecke, and Fats Waller. Really the Blues, the jive-talking memoir that Mezzrow wrote at the insistence of, and with the help of, the novelist Bernard Wolfe, is the story of an unusual and unusually American life, and a portrait of a man who moved freely across racial boundaries when few could or did.

“Wallace is razor-sharp in his ability to diagnose the ills of modern U.S. culture. Though as dark as that can be, DFW never loses sight of the goodness in humanity. George Saunders called Wallace a “wake-up artist,” and this is his clearest wake-up call.” – Andrew B.

You Could Look it Up: The Reference Shelf from Ancient Babylon to Wikipedia by Jack Lynch

Today we think of Wikipedia as the source of all information, the ultimate reference. Yet it is just the latest in a long line of aggregated knowledge–reference works that have shaped the way we’ve seen the world for centuries. You Could Look It Up chronicles the captivating stories behind these great works and their contents, and the way they have influenced each other. From “The Code of Hammurabi” to Abraham Ortelius’s first atlas of the world; from Samuel Johnson’s “A Dictionary of the English Language” to “The Whole Earth Catalog” to Google, Jack Lynch illuminates the human stories and accomplishment behind each, as well as its enduring impact on civilization.

Out of the Blues by Trudy Nan Boyce

Boyce, a long-time crime professional, gives us a gritty debut: On her first day as a newly minted homicide detective, Sarah Salt Alt is given the cold-case murder of a blues musician whose death was originally ruled an accidental drug overdose. Now new evidence has come to light that he may have been given a hot dose intentionally. Is she up for the challenge?

Trudy will joins us for a MysteryPeople double feature with Minerva Koenig this Friday, 2/26 at 7PM. 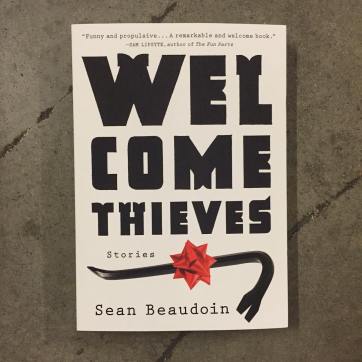 Instagram. Whisper. Yik Yak. Vine. YouTube. Kik. Ask.fm. Tinder. The dominant force in the lives of girls coming of age in America today is social media. What it is doing to an entire generation of young women is the subject of award-winning Vanity Fair writer Nancy Jo Sales’s riveting narrative. With extraordinary intimacy and precision, Sales captures what it feels like to be a girl in America today. Provocative and urgent, sparks a much-needed conversation about how we can help our daughters and sons negotiate unprecedented new challenges.

Black humor mixed with pathos is the hallmark of the twelve stories in this adult debut collection from Sean Beaudoin, a master writer of comic and inventive YA novels who now makes his adult fiction debut. Beaudoin trains his absurdist’s eye on the ridiculous perplexities of adult life. From muddling through after the apocalypse, to the knowing smirk of You Too Can Graduate with a Degree in Contextual Semiotics, Beaudoin’s stories are edgy and profane, bittersweet and angry, bemused and sardonic.

A Midsummer’s Equation: A Mystery by Keigo Higashino

“Higashino is the absolute master of the intellectual thriller.When a visitor to a small inn on the coast of Japan is found at the bottom of a cliff, suicide is the obvious conclusion, but when the cause of death is found to not be the fall, an intriguing line of inquiry develops. The victim turns out to be a retired Tokyo homicide detective – was his stay at the inn a mere coincidence or is there a secret link to the family who runs the inn? Manabu Yukawa, a physicist from the Imperial University and Detective Galileo to his police friends, works to uncover the clues that lead to a solution involving things unknown.” — Raul

Playing to the Edge: American Intelligence in the Age of Terror Michael V. Hayden

How did American intelligence respond to terrorism, a major war and a sweeping technological revolution? What was NSA before 9/11 and how did it change in its aftermath? Why did NSA begin the controversial terrorist surveillance program that included the acquisition of domestic phone records? What else was set in motion during this period that formed the backdrop for the infamous Snowden revelations? This is an unprecedented high-level master narrative of America’s intelligence wars, from the only person ever to helm both CIA and NSA.

A Gathering of Shadows by V.E. Schwab

“It’s been four months since Lila Bard, thief from another world, talked her way onto a ship called the Night Spire and sailed away from Red London with an enigmatic captain named Alucard Emery, in search of adventure. She’s been absorbed in learning as much as she can about the magic that’s everywhere in this new world. Meanwhile, Kell is struggling to deal with the aftermath of the battle in which he and Lila saved the world. Along with the rest of Red London, Rhy and Kell are getting ready for the upcoming magical tournament, but there are deceptions lurking beneath the glittering surface of this festive event, and there are old enemies waiting for their chance to strike.” –Kirkus Reviews

The Doctor Who Coloring Book

Planets, galaxies, villains, heroes, the Doctor, the TARDIS and the time vortex–all intricately illustrated in this adult coloring book packed with original Doctor Who art and  all the best quotes from the beloved TV show.