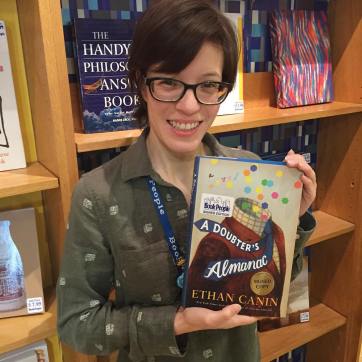 The Girl in the Red Coat by Kate Hamer 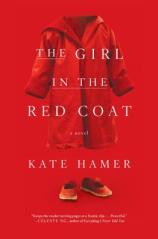 Newly single mom Beth has one constant, gnawing worry: that her dreamy eight-year-old daughter, Carmel, who has a tendency to wander off, will one day go missing. And then one day, it happens: On a Saturday morning thick with fog, Beth takes Carmel to a local outdoor festival, they get separated in the crowd, and Carmel is gone. “Keeps the reader turning pages at a frantic clip… What s most powerful here is not whodunnit, or even why, but how this mother and daughter bear their separation, and the stories they tell themselves to help endure it.” -Celeste Ng

Revelation: A Search for Faith in a Violent Religious World by Dennis Covington

In war zones witnessing widespread conflict, what makes life at all worth living? When chaos becomes a way of life in places where religion and violence intersect, what do people hold on to? Dennis Covington pursued answers to these questions for years, traveling deep into places like Syria, Mexico, and the American South. Looking not for rigid doctrines, creeds, or beliefs–which, he says, can be contradictory, even dangerous–he sought something bigger and more fundamental: faith.  Revelation “is an intensely personal journey that goes to the edges of a world filled with violence and religious strife to find the enduring worth of living.

Dennis Covington will speak and sign at BookPeople Wednesday, February 24 at 7PM.

More Was Lost: A Memoir by Eleanor Perenyi

In 1937, at the age of nineteen, Eleanor Perenyi falls in love with a poor Hungarian baron and in short order acquires both a title and a struggling country estate at the edge of the Carpathians. She throws herself into this life with zeal, learning Hungarian and observing the invisible order of the Czech rule, the resentment of the native Ruthenians, and the haughtiness of the dispossessed Hungarians. In the midst of massive political upheaval, Perenyi and her husband remain steadfast in their dedication to their new life, an alliance that will soon be tested by the war.

“Lovecraftian dread and the real-life horrors of Jim Crow-era America combine in Matt Ruff’s Lovecraft Country. Touching upon pulp fiction, historical fiction, and social realism, the novel brings home the horrors of overt racism and personifies the creeping menace that can hide behind privilege.” -Joe T.

Redemption is possible for Epics They’re not lost. Not completely. And David is just about crazy enough to face down the most powerful High Epic of all to get his friend back. Or die trying. Learn more when the bestselling author of the #Mistborn series joins us in-store!

Brandon will speak and sign here at BookPeople next Thursday, 2/25!! Books and tickets now available in-store and at bookpeople.com. 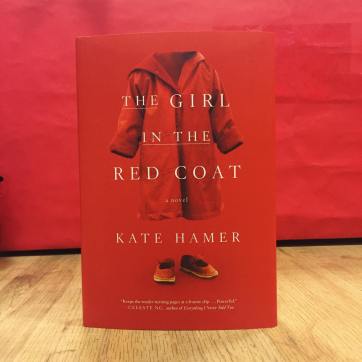 At the center of this collection is a series of stories narrated by a young American woman in the wake of a divorce, as she recalls the places and people she has been close to, the dreams she has pursued and those she has left unfulfilled. Interspersed are stand-alone accounts of the lives of others. A book about belonging, and how much of yourself to give up in the pursuit of that, Cities I’ve Never Lived In offers stories that reveal, with great sadness and great humor, the ways we are most of all citizens of the places where we cannot be. 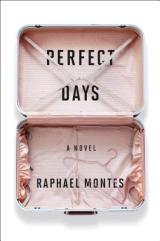 A twisted young medical student kidnaps the girl of his dreams and embarks on a dark and delirious road trip across Brazil in the English-language debut of Brazil’s most celebrated young crime writer.  “It’s so good! The most messed up book I’ve read in a long time that I actually liked.” -MysteryPeople’s Molly

A Doubter’s Almanac: A Novel by Ethan Canin 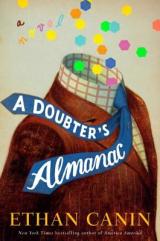 Milo Andret is born with an unusual mind. A lonely child growing up in the woods of northern Michigan in the 1950s, he gives little thought to his own talent. But with his acceptance at U.C. Berkeley he realizes the extent, and the risks, of his singular gifts. Spanning seven decades as it moves from California to Princeton to the Midwest to New York, A Doubter s Almanac tells the story of a family as it explores the way ambition lives alongside destructiveness, obsession alongside torment, love alongside grief.

A show-stopping series about life in the spotlight from Broadway actors and internet sensations Andrew Keenan-Bolger and Kate Wetherhead. Shaker Heights Middle School is putting on “Guys and Dolls “and best friends Jack and Lou are hoping to get lead roles. But a mysterious new director soon arrives to town and threatens to meddle with their dreams. Is Shaker Heights big enough for two Broadway legends? Fans of Tim Federle s Better Nate Than Ever will rejoice to meet Jack & Lou the newest MTN’s (musical theater nerds) on the block.

Kate Wetherhead will speak and sign at BookPeople Monday, February 22 at 7PM.

BIG NATE IS BLASTING OFF! For fans of the hilarious Diary of a Wimpy Kid series, here comes the eighth novel in the New York Times bestselling series Big Nate. Nate has a crush on Ruby. But after his scrap with Randy Betancourt makes headlines in the Weekly Bugle, he’s got a problem WAY worse than detention! Can Nate bounce back? And will the annual Mud Bowl be a blast . . . or a bust? Meet BIG NATE, P.S. 38’s coolest doodler and definitely NOT the teacher’s pet.

Lincoln Peirce will speak and sign at BookPeople Tuesday, February 23 at 6PM.