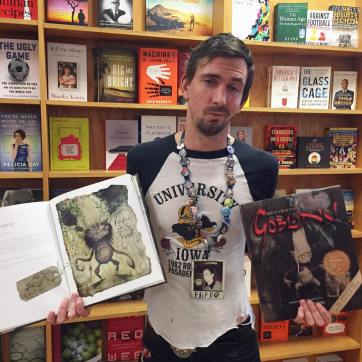 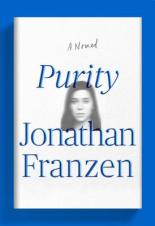 Young Pip Tyler doesn’t know who she is. She knows that her real name is Purity, that she’s saddled with $130,000 in student debt, that she’s squatting with anarchists in Oakland, and that her relationship with her mother–her only family–is hazardous. But she doesn’t have a clue who her father is, why her mother chose to live as a recluse with an invented name, or how she’ll ever have a normal life.
Enter the Germans. A glancing encounter with a German peace activist leads Pip to an internship in South America with The Sunlight Project, an organization that traffics in all the secrets of the world–including, Pip hopes, the secret of her origins. TSP is the brainchild of Andreas Wolf, a charismatic provocateur who rose to fame in the chaos following the fall of the Berlin Wall. Now on the lam in Bolivia, Andreas is drawn to Pip for reasons she doesn’t understand, and the intensity of her response to him upends her conventional ideas of right and wrong.
Purity is a grand story of youthful idealism, extreme fidelity, and murder. The author of The Corrections and Freedom has imagined a world of vividly original characters–Californians and East Germans, good parents and bad parents, journalists and leakers–and he follows their intertwining paths through landscapes as contemporary as the omnipresent Internet and as ancient as the war between the sexes. Purity is the most daring and penetrating book yet by one of the major writers of our time.

The American artist and naturalist Titian Ramsay Peale II (1799-1885) had a passion for butterflies, and throughout his long life he wrote and illustrated an ambitious and comprehensive manuscript. The book, along with a companion volume on caterpillars, was never published, and it resides today in the Rare Book Collection of the American Museum of Natural History in New York. Now Peale’s color plates, lovingly prepared for the printer by the artist more than 100 years ago, will be published for the first time in this beautiful volume. At last, Peale s life work, equivalent in scope and beauty to Audubon’s Birds of North America, will be available to a wide audience. The book includes a foreword by Ellen V. Futter and text by Kenneth Haltman and David A. Grimaldi that describes the art and science Peale brought to his extraordinary work.

The Girl In the Spider’s Web by David Lagercrantz

She’s back: The Millennium series of novels, which launched with The Girl with the Dragon Tattoo, continues when Mikael Blomkvist receives a late night phone call from a source claiming to have information vital to the U.S., and he’s been in contact with a female hacker Blomkvist knows all too well. In desperate need of a scoop, Blomkvist turns to Salander. She, as usual, has her own agenda, and the secret they are both chasing is at the center of a tangled web of spies, cybercriminals, and governments, and someone is prepared to kill to protect it.

The Shepherd’s Crown by Terry Pratchett

Joe T.:”Well kids, this is it: not only is The Shepherd’s Crown the last of the Tiffany Aching books, it is also the final Discworld book. From The Colour of Magic to this one, Sir Terry Pratchett gave us a fantasy world that’s just a little be of a skewed left turn from ours and never failed to amuse. I don’t know what I’m gonna do without my future annual Pratchett fix.”

If you brought home the first edition, you were in big trouble! If you bring home this new and expanded edition, you are in even deeper trouble! Renowned artist Brian Froud and scholar Ari Berk have continued their exploration of the goblin realm. (For the uninformed, goblins are those maleficent creatures who cause all manner of havoc in the human realm.) Now, thanks largely to Froud’s and Berk’s continuing carelessness, the viscid and largely nonsensical NEW volume has been unleashed on an unsuspecting public. Among its pages are new letters of apologies and disclaimers complete with new art; a list of Gargle s new titles, grants, entitlements, and responsibilities; and, sadly, much more! 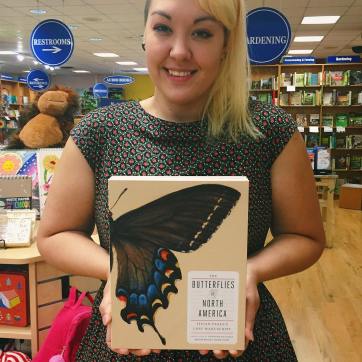 Scott: “Austin author Mark Pryor goes down a much darker path than usual with this Austin-set stand alone featuring Dominic, charismatic lawyer, musician, and sociopath. When Dominic gets pulled into a crime that goes wrong, he has to depend on his skill and lack of scruples to pull him out. Cross Patricia Highsmith’s Tom Ripley with Richard Stark’s Parker and you’ll get some idea of how good this book about a bad man is.”

“Austin author Amanda Eyre Ward takes on the timely and relevant subjects of immigration and American privilege in her new novel, The Same Sky. Shifting by chapter between the story of Alice, an Austin woman struggling to adopt a child with her husband, and Carla, a twelve year old girl making the trip from Tegucigalpa, Honduras to Texas, Ward highlights the significant disparity between perspectives north and south of the border. Carla’s chapters offer much-needed insight into the herculean, life-threatening odyssey from South America to the United States that people embark upon every day to chase those elements of life – food, safety, shelter, work, education – that many of us take as birthright here in the States. Alice’s story is rooted in real Austin landmarks (she and her husband own a barbecue joint similar to Franklin’s) which assert, particularly for local readers, the truth of the many economic layers (and presumptions) that make up our community, from shoppers at Whole Foods to people working the fryers at Chik-Fil-A. The Same Sky is a book that works to understand our community; not just our neighborhoods in Austin, but America as a whole. It’s important reading for anyone who has an opinion on immigration.” 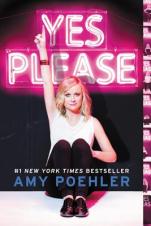