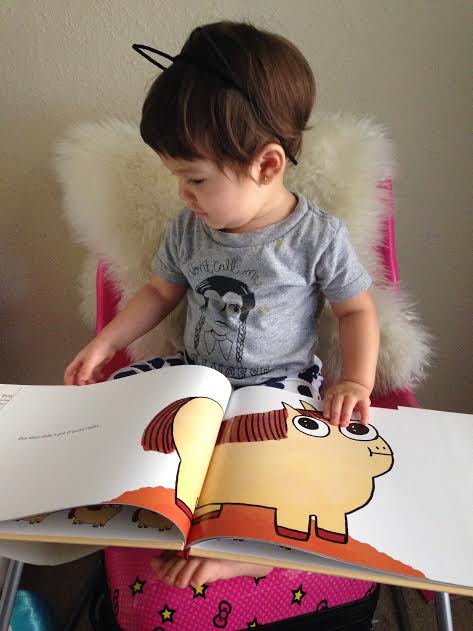 The Princess and the Pony by Kate Beacon

“This week I am reading The Princess and the Pony to my daughter Luna. It’s a funny and endearing tale starring the lovable princess-who-would-be-warrior, Pinecone. There are cozy sweaters and pony farts, what more could you ask for? How about a plethora of interesting characters, with diverse gender expressions? That too, and the art is top notch! This is my new favorite addition to my girl’s shelf.” You can find copies of The Princess and the Pony on our shelves and via bookpeople.com.

The Little Friend by Donna Tartt

“The Little Friend is a tragically humorous, steeped in atmosphere, honest to goodness southern gothic set in Alexandria, Mississippi in the humid, lawless 1970s. Years after the ghastly killing of their little boy, the Dufresnes family remains shattered and clouded by grief. Harriet, determined to resolve the murder of the brother she never knew, gets immediately in over her head, and, during the subsequent investigation, snake venom and meth amphetamines congeal over the memory of childhood lost.” You can find copies of The Little Friend on our shelves and via bookpeople.com.

Black Earth: The Holocaust as History and Warning by Timothy Snyder

“I am currently in the midst of Timothy Snyder’s new book, Black Earth: The Holocaust as History and Warning. I’m only a few chapters in, but so far, this book definitely measures up to Bloodlands, his history of mass killings during WWII. Snyder reads in 11 languages, and he is adept at synthesizing historical scholarship from all major players in the WWII history field to provide an up-to-date and engaging analysis. Black Earth places the Holocaust in the context of an era obsessed with the destruction of the nation-state in favor of empire and paranoid about perceived food shortages. His last chapter discusses the legacy of the Holocaust for a world experiencing global warming that already perceives itself as on the cusp of extreme scarcity. I can’t wait to read it and find out more reasons to be terrified of the future!” Black Earth comes out September 8. Pre-order now!

Six of Crows by Leigh Bartugo

“It’s so good! It’s a heist story about six outcasts and criminals who go on a mission to rescue a scientist in posession of a formula that can either destroy the world or help it. The band of outsiders must ensure that the formula doesn’t fall into the wrong hands. Inventive and action-packed high fantasy – fans of Laney Taylor’s Daughter of Smoke and Bone and fans of Marie Lu’s Legend will enjoy! Six of Crows comes out September 29. Pre-order now!

View all posts by mysterypeopleblog