This post comes from Raul M. Chapa, a voracious reader and our first floor inventory manager. 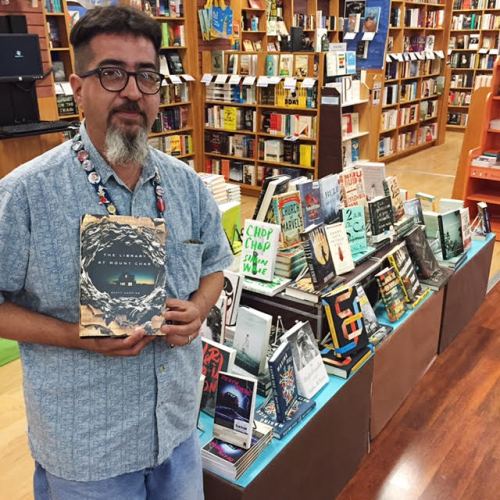 Part of the fun of working as an inventory manager in a bookstore is that you get to see every new book that hits our shelves. Sure new books by my favorite authors abound, but even better is finding new authors that I’ve never read before. On the first floor, directly in front of our fiction section, we have created a display highlighting new books by debut authors. Here are a few I have to share with you:

The Library at Mount Char by Scott Hawkins

Father ruled the children with an iron hand – now he is missing and Carolyn and the others have the opportunity to acquire the power over all creation that is locked in his library. An extremely well written debut that is full of imaginative and deliciously philosophical ideas that play along each other and develop into memorable story lines. The introduction of minor characters who in turn have significant effect on the major ones carry the tale in unique ways. Full of dark horror and humor that will make you bust a gut, Hawkins has created a work to be appreciated and savored for years to come. 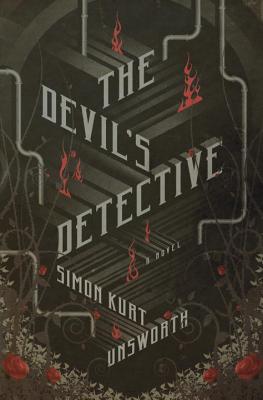 It is rare for a debut novel to take on a genre and literally rewrite its mainstays while forging a powerful and engaging story that is unforgettable. Unsworth takes the detective novel to Hell and succeeds in creating a character that one can empathize with. For Thomas Fool, and Information Man of Hell, the case starts off innocuously enough: a dead body is pulled from a lake, but what follows has no precedent in the Infernal Realm. Murders are common in Hell as are other brutalities, but the Bureaucracy requires Fool to investigate only certain ones, and these have a disturbing pattern, for the murders are of extreme brutality and savagery even for Hell, and there may be something stalking the nightmare land, something that has not been seen for thousands of years. Provocative and engaging on deeper philosophical grounds, it is impossible not to be changed by reading this book.

The Vorrh by Brian Catling

This magnificent debut illustrates that a novelist who creates his own mythology and then utilizes it to develop a compelling story will bring about something unique–a thing unknown and unforgettable. The Vorrh is the vast and ancient forest that is serene and unblemished; at its core lies all matter of myth and legend – perhaps the Garden of Eden. One man will attempt to cross the forest; aided by a strange bow and an unerring sense that what he is doing is vital, he will play cat and mouse with a native hunter hired to slay the man in the depths of the Vorrh. A wide cast of characters fill this book with real and imagined, and with the inclusion of the writer Raymond Roussel and photographer Edward Muybridge, Catling ensures that the walls between reality and fantasy blur in novel ways. Certainly a most imaginative work and one that may become a classic for fantasy fiction.

One thought on “A Bookstore Inventory Manager’s Favorite Debuts”