Where we bring you YA news from around the globe and highlights from the
BookPeople Teen Press Corps blog! Don’t forget to check out the blog for new reviews,
event reports, and other teen news!

It’s that time of year again – time to gear up for the Texas Teen Book Festival! The announcements of the awesome authors attending the 2015 festival are starting to come out. Here is the latest:

Pierce Brown is headed to Austin! Woo hoo! He is the author of the Red Rising trilogy, which are adrenaline rush science-fiction can’t-put-down-stay-up-way-too-late books set on Mars. So excited to meet him and hear him speak! Check out book one, Red Rising, and book two, Golden Son. Book three, Morning Star, doesn’t come out until next year, arg!

Una LaMarche joins the festival line up! Don’t Fail Me Now is about an African American girl and a Caucasian girl who have only one thing in common: the biological father who abandoned them when they were little. A story you won’t soon forget!

To start planning your visit, information about attending this year’s festival is up, and you can keep it tuned here for author line up & programming announcements.

Are you excited yet?? You should be!!

Fun upcoming events of YA interest this summer. Mark your calendar and join us and these authors!

Mary E. Pearson, author of The Heart of Betrayal, the second book in The Remnant Chronicles. Princess Lia is a captive in the hostile kingdom of Venda, where she, Rafe, and Kaden, have a complicated and uneasy relationship with the Komizar, the unpredictable and sly ruler of Venda. **The Heart of Betrayal came out last week!**

Ernest Kline, author of Ready Player One and his new book Armada. While both these books are published for adults, but we know you – our teen customers – love Ready Player One, too! **Armada just came out this week!**

YA in the News – Eisner Awards & Interview with Daniel José Older! 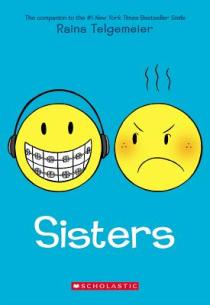 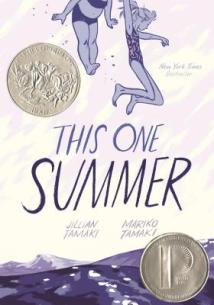 Last week, the 2015 Will Eisner Comic Industry Awards were announced during Comic-Con in San Diego. The Eisner Awards are kinda a big deal for the comics world. Sort of like the Oscars are the big awards for the movie industry or the Grammys for music. You get the idea. In most of the award categories, teen graphic novels competed with graphic novels aimed at adults. So with that in mind, it’s pretty cool that a teen graphic novel got the top prize (like Oscars’ Best Picture) – Best Graphic Album-New, went to This One Summer by cousins Mariko and Jillian Tamaki. This book also won a Caldecott Honor and a Printz Honor back in January from the American Library Association. Yeah, it’s a pretty good book and you should read it.

In addition to Best Graphic Album-New, here is a list of YA books and authors who were honored:

Daniel José Older, author of the new book, Shadowshaper, did an interview with Shelf Awareness about his new book.

Shelf Awareness: Is the magic in this book–the shadowshapers, corpuscules and throng haints–borrowed from a particular tradition or did you make it up?

Daniel José Older: The word haint comes from a Southern black tradition. I added throng to the front of it because these particular creatures are a mashed-together jumble of captured spirits. I made up corpuscules; they’re a kind of modified zombie with somebody else’s soul stuffed into it. Both are ways of thinking about captivity, consent and free will. These are the actual bodies and souls of people being used to do things they would’ve never done in life. So when Sierra has to confront them, she’s often up against familiar faces, which is an added challenge and speaks to the complicated way power functions in community.

Whoa. Sounds good, right? Find out what else he had to say about his YA debut and check out the book, on our shelves now.

What makes a road trip so special, you say? Well, there’s beautiful scenery and family time, but a road trip can also be memorable if you have that perfect book to keep you company during ride. Buckle-up! The Teen Press Corps has your back and recommends some great books that are road trip fun!

Finding Paris by Joy Preble
This book is a really great to take with you on your next trip because it involves a great mystery and two sisters who embark on an adventure to true love and to find their way back to each other – one clue at a time. This was a really fun read and I enjoyed every minute of it! Fans of John Green’s Paper Towns will fall in love with this story and it mysteriousness!

Since You’ve Been Gone by Morgan Matson
This book is such a cute summer read! It follows the story of Emily and Sloan – two best friends who are total opposites. Sloan is out-going and popular, while Emily is shy and a little insecure. But when Sloan mysteriously disappears, Emily finds a list of dares that may lead her to Sloan. Full of great moments and adventures this is this perfect read if you are wanting to read something fun and easy to get into.

Find out what other books our Teen Press Coprs recommends for your next trip.

The Proof of Forever by Lexa Hillyer
It’s a story about friendship. Joy, Tali, Luce, and Zoe are four girls who used to be best friends, but after their last year at camp, their friendships dissolved (which I completely relate to). When they come back together, it’s awkward at first, but after they’re thrown into the past, they become closer, and grow to understand one another in a way they didn’t before . . . I loved the ripples in their friendship, the completely realistic moments where they jumped to conclusions, when they broke down in front of one another, when they surprised one another, and when they proved how much they cared for one another.
Continue reading this review.

Me: Read this book. It’s really good.
Friend: What’s it about?
Me: It’s this mix between science fiction and contemporary, and coming to terms with sexuality.
Me: Also there’s a plot twist.
Friend: Maybe I’ll read it at some point.
Me: No no no. I’ll lend you my copy right now. I can’t talk about it without spoiling it but it’s a good plot twist.
Friend: . . .
Me: The plot, that I won’t spoil for you, has a big twist and it’s good.
Continue reading this review.

Be sure to check out more reviews over on the Teen Press Corps blog!