Where we bring you YA news from around the globe and highlights from the
BookPeople Teen Press Corps blog! Don’t forget to check out the blog for new reviews, event reports, and other teen news!

May Buzz Book: The Ember in the Ashes

The Ember in the Ashes
by Sabaa Tahir
We have signed copies!

Laia is a Scholar living under the iron-fisted rule of the Martial Empire. When her brother is arrested for treason, Laia goes undercover as a slave at the empire’s greatest military academy in exchange for assistance from rebel Scholars who claim that they will help to save her brother from execution.

Elias is the academy’s finest soldier — and secretly, its most unwilling. Elias is considering deserting the military, but before he can, he’s ordered to participate in a ruthless contest to choose the next Martial emperor.

When Laia and Elias’s paths cross at the academy, they find that their destinies are more intertwined than either could have imagined and that their choices will change the future of the empire itself.

What the Teen Press Corps Is Saying

“I’d heard a lot about this book before reading it – the rave reviews for this book were flying in from basically every blogger I know. I, however, wanted to wait. To savor this book. This book may look daunting and absolutely frightening, but then you’re reading it’s just a downhill ride into fabulous. Tahir is one heck of a writer. The world she builds in An Ember in the Ashes (also can we talk about that name?!) is complex but perfectly explained so the reader has just enough information. 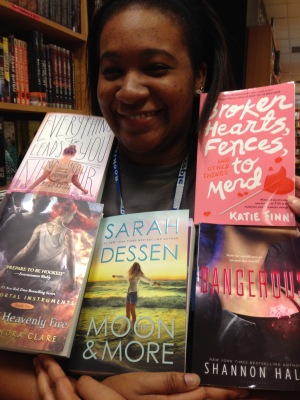 We were going to Instagram some of the new releases, but then we realized how many there have been in recent weeks. So many awesome books are out – The new Sarah Dessen! The new Sarah J. Maas! New series! Sequels! New in paperbacks! We are so excited!!!! Which one will you read first? See the list and more photos here.

There are lots of upcoming events in May and June. Mark your calendar and join us and these authors! 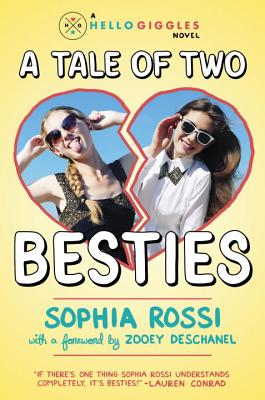 Author Sophia Rossi will be coming by on Tuesday, May 12 at 7PM. She’ll be talking about her new book, A Tale of Two Besties, which is a book about Lily and Harper and how their friendship endures despite having to go to separate high schools in ultra-cool Los Angeles. Can BFF-ship survive the tidal wave of HS drama, or does growing up mean leaving some friends behind?

A Tale of Two Besties will make you giggle and cry . . . and then tell you how cute you look with runny mascara.

“It’s like my twins stepped out of the eighties and dropped down into today. Deliciously funny with heart.” – Francine Pascal, bestselling author and creator of the Sweet Valley High series

More about this event and to pre-order a signed copy!

We Need Diverse Books YA Panel

And we need them NOW! Join us this Sunday, May 17 at 1PM, as five awesome YA authors discuss diversity in YA literature. I. W. Gregorio, Natalie C. Parker, Sona Charaipotra, Dhonielle Clayton, and Marike Nijkamp will all be here to talk about their novels, their writing processes, and why we need more books that reflect the big, beautiful, dynamic world we all share. Austin author Cynthia Leitich Smith will moderate the conversation. We Need Diverse Books™ is a grassroots organization of children’s book lovers that advocates essential changes in the publishing industry to produce and promote literature that reflects and honors the lives of all young people. We’re honored to host an official WNDB event and cannot wait to welcome these fantastic authors to BookPeople!

After the public event, the authors will host a writing workshop here at BookPeople. Space for the workshop is limited. If you’d like to attend, RSVP as soon as you can.

More about the event, the authors, and how to RSVP for the workshop, can be found here. 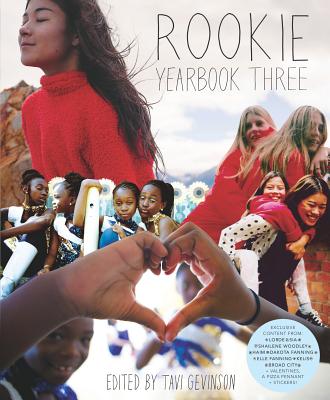 Come to the store on Friday, May 22 at 7PM to meet the creator and editor of the popular online magazine Rookie, Tavi Gevinson! Rookiemag.com is a website created by and for young women to make the best of the beauty, pain and awkwardness of being a teenager. In Rookie Yearbook Three, topics include cures for love, girl-on-girl crime, open relationships, standing for something, embracing our inner posers, and so much more. Featuring interviews with Rookie role models like Sofia Coppola, Amandla Stenberg, Greta Gerwig, and Kim Gordon. Also included is a bonus section chock-full of exclusive content including a pizza pennant, sticker sheet, valentines, plus advice and contributions from Lorde, Shailene Woodley, Dakota and Elle Fanning, Grimes, Kelis, Sia, Abbi Jacobson and Ilana Glazer of Broad City, Haim, and more!

More about this event and to pre-order a signed copy!

Mark your calendar for these June YA events

YA has a huge range of topics, genres, and characters that there is always something for everyone. Some of our recent favorites have skewed a little towards the weird end of the dial. By weird, we mean that there is something about these books that makes them stand apart from all the other books. A twist, voice, or plot that makes them just a little different, whether it is a suicidal bionic crow, a cryogenic restored teenager, bird people, flesh-eating worms, or mad scientists.

Since Austin celebrates all things weird, it seems only natural that we celebrate these unique, weird, and wonderful books of YA.

Magonia by M.D. Headley
This is really weird, but in a good way. The girl in this book has a normal life until she gets sucked into a giant flying ship full of bird people. If this isn’t weird than I don’t know what is. So good!

The Alex Crow by Andrew Smith
This is by far the weirdest book I have read. The Alex Crow is a story told in multiple points of view from the main character Ariel – a refugee trapped in a refrigerator in a clown suit, who has now been recently adopted into a family and sent to Camp Seymore for Boys – to another young man who has multiple personalities and may or may not be a sociopath and suicide bomber; to a depressed and suicidal bionic crow; and last but not least a long-dead scientist who journals his expeditions to find some kind of mystical creature. Andrew Smith has the ability to cross multiple genres, time, and space and bring them together to blow your mind.

Read more of our YA weird picks!