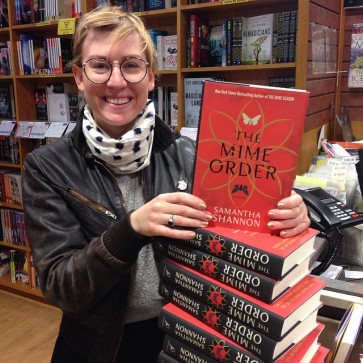 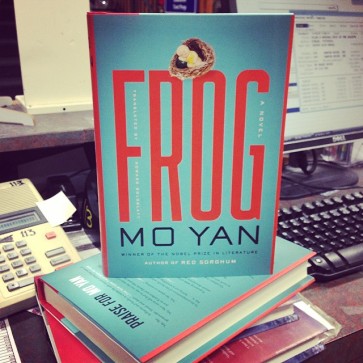 The Mime Order by Samantha Shannon

The sequel to The Bone Clocks is finally here! Paige Mahoney has escaped the brutal penal colony of Sheol I, but her problems have only just begun: many of the fugitives are still missing and she is the most wanted person in London. As Scion turns its all-seeing eye on Paige, the mime-lords and mime-queens of the city’s gangs meet, Jaxon Hall and his Seven Seals prepare to take center stage, and bitter fault lines run through the clairvoyant community.

Unbecoming: A Novel by Rebecca Scherm

Karen Joy Fowler: “Unbecoming is the story of a heist, and especially what happens afterwards. No one thinks beyond the maps and the timetables and the moment of sale, its narrator tells us, but Rebecca Scherm has done just that, showing us the tense, suspenseful aftermath of an unraveled plan. Unbecoming is a novel of voice, invention, and momentum, as tautly plotted as any Hitchcock movie and focused on the central question any lover and any jewel thief must eventually ask: How do you tell what’s fake from what’s real?”

Frog: A Novel by Mo Yan

The author of Red Sorghum and China’s most revered and controversial novelist returns with his first major publication since winning the Nobel Prize. In his much-anticipated new novel, Mo Yan chronicles the sweeping history of modern China through the lens of the nation’s controversial one- child policy.

From Brazil’s most acclaimed young novelist, the mesmerizing story of how a troubled young man’s restorative journey to the seaside becomes a violent struggle with his family’s past. Steeped in a very special atmosphere, both languid and tense, and soaked in the sultry allure of south Brazil, Daniel Galera’s masterfully spare and powerful prose unfolds a story of discovery that feels almost archetypal–a display of storytelling sorcery that builds with oceanic force and announces one of Brazil’s greatest young writers to the English-speaking world.

A tense Western and an assured debut, Black River tells the story of a man marked by a prison riot as he returns to the town, and the convict, who shaped him. When Wes Carver returns to Black River, he carries two things in the cab of his truck: his wife’s ashes and a letter from the prison parole board. The convict who held him hostage during a riot, twenty years ago, is being considered for release. How can a man who once embodied evil ever come to good? How can he pay for such crimes with anything but his life? As Wes considers his own choices and grieves for all he’s lost, he must decide what he believes and whether he can let Williams walk away.

The Jaguar’s Children by John Vaillant

New from the best-selling author of The Tiger, a debut novel that is a gripping survival story of a young man trapped, perhaps fatally, during a border crossing. His story takes us from Oaxaca — its rich culture, its rapid change — to the dangers of the border. It exposes the tangled ties between Mexico and El Norte. And it reminds us of the power of storytelling and the power of hope, as Hector fights to ensure his message makes it out of the truck and into the world.

From The New Yorker: “In this bleak but affecting novel, an unnamed American expat spends a day walking through a frigid, unidentified European city in search of an apartment…The details of his day are rendered with anaesthetized precision and achieve a cumulative force of grief, equanimity, and resolve.” 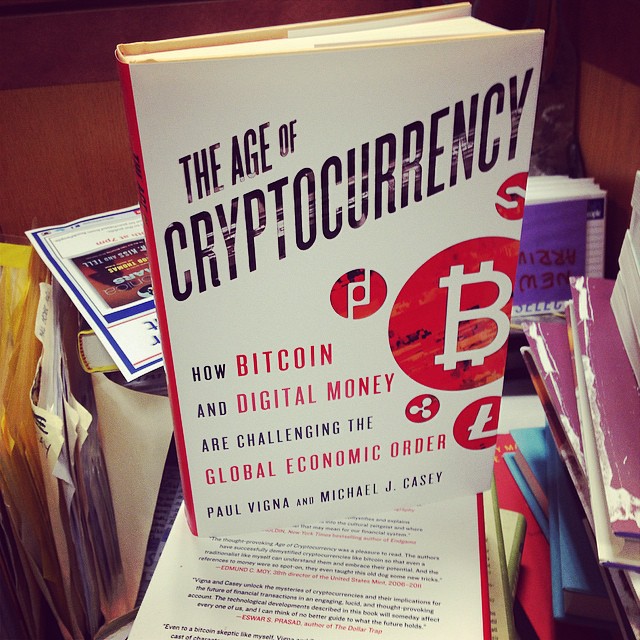 Ghettoside: A True Story of Murder in America by Jill Leovy

On a warm spring evening in South Los Angeles, a young man is shot and killed on a sidewalk minutes away from his home, one of the thousands of black Americans murdered that year. His assailant runs down the street, jumps into an SUV, and vanishes, hoping to join the scores of killers in American cities who are never arrested for their crimes. But as soon as the case is assigned to Detective John Skaggs, the odds shift. Here is the kaleidoscopic story of the quintessential, but mostly ignored, American murder—a “ghettoside” killing, one young black man slaying another—and a brilliant and driven cadre of detectives whose creed is to pursue justice for forgotten victims at all costs.

The Age of Cryptocurrency: How Bitcoin and Digital Money are Challenging the Global Economic Order by Paul Vigna and Michael J. Casey

Bitcoin became a buzzword overnight. A cyber-enigma with an enthusiastic following, it pops up in headlines and fuels endless media debate. You can apparently use it to buy anything from coffee to cars, yet few people seem to truly understand what it is. Wall Street journalists Paul Vigna and Michael J. Casey deliver the definitive answer to this question, “Why should anyone care about bitcoin?”

The Evil Hours: A Biography of Post-Traumatic Stress Disorder by David J. Morris

In the tradition of The Emperor of All Maladies and The Noonday Demon, a moving, eye-opening exploration of PTSD. David J. Morris — a war correspondent, former Marine, and PTSD sufferer himself — has written the essential account of this illness. Through interviews with individuals living with PTSD, forays into the scientific, literary, and cultural history of the illness, and memoir, Morris crafts a moving work.

Lou Reed: The Last Interview and Other Conversations

(Nonfiction) In this collection of powerful interviews given over thirty years—including his final interview—Lou Reed oscillates between losing patience with his interviewers (he was famous for walking out on them) and sharing profound observations on the human experience, especially as he reflects on poetry and novels, the joy of live performances, and the power of sound. In conversation with legendary rock critics and authors he respected, Reed’s interviews are as pithy and brilliant as the man himself.

(Fiction) There is no address more glamorous than New York’s Barbizon Hotel. Laura, a patrician beauty from Smith, arrives to work at “Mademoiselle” for the summer. Her hopelessly romantic roommate, Dolly, comes from a working-class upstate town to attend secretarial school. Vivian is a brash British bombshell with a disregard for the hotel’s rules. Together, the girls embark on a journey of discovery that will take them from the penthouse apartments of Park Avenue to the Beat scene of Greenwich Village.

The Cairo Affair by Olen Steinhauer

(Fiction) Minutes after Sophie Kohl confesses to her husband, a mid-level American diplomat in Hungary, that she had an affair while they were in Cairo, he is shot and killed. Stan Bertolli, a Cairo-based CIA agent, hears the voice of the only woman he ever truly loved ask why her husband has been assassinated. Omar Halawi has worked in Egyptian intelligence for years, and he knows how to play the game. But the murder of a diplomat in Hungary has ripples all the way to Cairo, and Omar must follow the fallout wherever it leads.