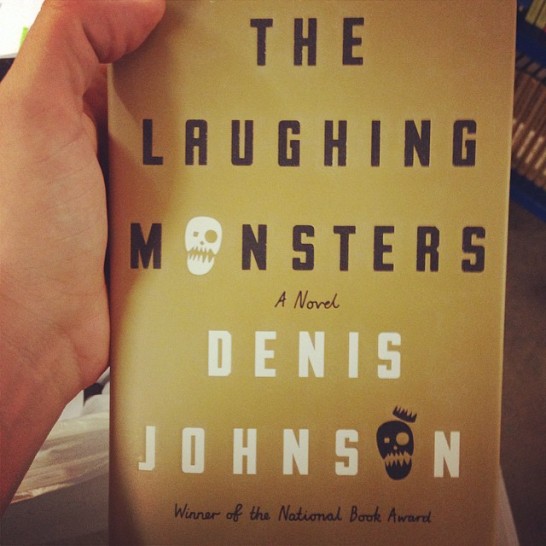 Let Me Be Frank With You

by Richard Ford
Signed copies available while supplies last! (Collectors, they are tip-ins)

Here, in Let Me Be Frank With You, Ford returns with four deftly linked stories narrated by the iconic Bascombe. Now sixty-eight, and again ensconced in the well-defended New Jersey suburb of Haddam, Bascombe has thrived–seemingly if not utterly–in the aftermath of Hurricane Sandy’s devastation. As in all of the Bascombe books, Ford’s guiding spirit is the old comic’s maxim that promises if nothing’s funny, nothing’s truly serious. The desolation of Sandy, which rendered houses, shorelines, and countless lives unmoored and flattened, could scarcely be more serious as the grist for fiction. Yet it is the perfect backdrop and touchstone for Ford–and Bascombe. With a flawless comedic sensibility and unblinking intelligence, these stories range over the full complement of American subjects: aging, race, loss, faith, marriage, redemption, the real-estate crash–the tumult of the world we live in.

The Laughing Monsters by Denis Johnson

Denis Johnson’s The Laughing Monsters is a high-suspense tale of kaleidoscoping loyalties in the post-9/11 world that shows one of our great novelists at the top of his game. Roland Nair calls himself Scandinavian but travels on a U.S. passport. After ten years’ absence, he returns to Freetown, Sierra Leone, to reunite with his friend Michael Adriko. They once made a lot of money here during the country’s civil war, and, curious to see whether good luck will strike twice in the same place, Nair has allowed himself to be drawn back to a region he considers hopeless. Adriko is an African who styles himself a soldier of fortune and who claims to have served, at various times, the Ghanaian army, the Kuwaiti Emiri Guard, and the American Green Berets. He’s probably broke now, but he remains, at thirty-six, as stirred by his own doubtful schemes as he was a decade ago. Although Nair believes some kind of money-making plan lies at the back of it all, Adriko’s stated reason for inviting his friend to Freetown is for Nair to meet Adriko’s fiancée, a grad student from Colorado named Davidia. Together the three set out to visit Adriko’s clan in the Uganda-Congo borderland—but each of these travelers is keeping secrets from the others. Their journey through a land abandoned by the future leads Nair, Adriko, and Davidia to meet themselves not in a new light, but rather in a new darkness.

Undeniable: Evolution and the Science of Creation by Bill Nye

Sparked by a controversial debate in February 2014, Bill Nye has set off on an energetic campaign to spread awareness of evolution and the powerful way it shapes our lives. In Undeniable: Evolution and the Science of Creation, he explains why race does not really exist; evaluates the true promise and peril of genetically modified food; reveals how new species are born, in a dog kennel and in a London subway; takes a stroll through 4.5 billion years of time; and explores the new search for alien life, including aliens right here on Earth. With infectious enthusiasm, Bill Nye shows that evolution is much more than a rebuttal to creationism; it is an essential way to understand how nature works—and to change the world. It might also help you get a date on a Saturday night.

Mallory Ortberg, the co-creator of the cult-favorite website The Toast, presents this whimsical collection of hysterical text conversations from your favorite literary characters. Everyone knows that if Scarlett O’Hara had an unlimited text-and-data plan, she’d constantly try to tempt Ashley away from Melanie with suggestive messages. If Mr. Rochester could text Jane Eyre, his ardent missives would obviously be in all-caps. And Daisy Buchanan would not only text while driving, she’d text you to pick her up after she totaled her car. Based on the popular web-feature, Texts from Jane Eyre is a witty, irreverent mashup that brings the characters from your favorite books into the twenty-first century.

The Universal Tone: Bringing My Story to Light by Carlos Santana
Carlos Santana’s unforgettable memoir offers a page-turning tale of musical self-determination and inner self-discovery, with personal stories filled with colorful detail and life-affirming lessons. The Universal Tone traces his journey from his earliest days playing the strip bars in Tijuana while barely in his teens and brings to light the establishment of his signature guitar sound; his roles as husband, father, recording legend, and rock guitar star; his indebtedness to musical and spiritual influences — from John Coltrane and John Lee Hooker to Miles Davis and Harry Belafonte; and his deep, lifelong dedication to a spiritual path that he developed from his Catholic upbringing, Eastern philosophies, and other mystical sources. It includes his recording some of the most popular and influential rock albums of all time, up to and beyond the 1999 sensation Supernatural, which garnered nine Grammy Awards and stands as arguably the most amazing career comeback in popular music history.

John Cleese’s  huge comedic influence has stretched across generations; his sharp irreverent eye and the unique brand of physical comedy he perfected with Monty Python, on Fawlty Towers, and beyond now seem written into comedy’s DNA. In this rollicking memoir, So, Anyway…, Cleese takes readers on a Grand Tour of his ascent in the entertainment world, from his humble beginnings in a sleepy English town and his early comedic days at Cambridge University (with future Python partner Graham Chapman), to the founding of the landmark comedy troupe that would propel him to worldwide renown.

Andrew Roberts’s Napoleon is the first one-volume biography to take advantage of the recent publication of Napoleon’s thirty-three thousand letters, which radically transform our understanding of his character and motivation. At last we see him as he was: protean multitasker, decisive, surprisingly willing to forgive his enemies and his errant wife Josephine. Like Churchill, he understood the strategic importance of telling his own story, and his memoirs, dictated from exile on St. Helena, became the single bestselling book of the nineteenth century.

The World of Postsecret

A decade ago, Frank Warren began a community art project that captured the popular imagination and became a worldwide obsession. He handed out postcards to strangers and left them in public places–asking people to share a secret they had never told anyone and mail them back to him anonymously. More than half a million secrets, 600 million hits to the award-winning PostSecret blog, and five huge bestsellers later, the PostSecret phenomenon is bigger than ever. By turns this funny, heartbreaking, thoughtful, and moving, this compendium of graphic haiku offers an intimate glimpse into both individual private lives and into our shared humanity.

Drawing on 30 years of BOMB Magazine, this anthology of interviews brings together some of the greatest figures of world literature for a brilliant and unforgettable collection of sharp, insightful and intimate author conversations.

Here we have a conversation with Jonathan Franzen, still an unkown author, on the eve of the publication of The Corrections; and one with Roberto Bolaño, near the end of his life. Lydia Davis and Francine Prose break down the intricacies of Davis’s methods;  Edwidge Danticat and Junot Díaz discuss the power of Caribbean diasporic fiction. This anthology brings together some of the greatest figures of world literature for a brilliant and unforgettable collection of sharp, insightful and intimate author conversations.

If you’re an Indo-Muslim-British-American actor who has spent more time in bars than mosques over the past few decades, turns out it’s a little tough to explain who you are or where you are from. In No Land’s Man Aasif Mandvi explores this and other conundrums through stories about his family, ambition, desire, and culture that range from dealing with his brunch-obsessed father, to being a high-school-age Michael Jackson impersonator, to joining a Bible study group in order to seduce a nice Christian girl, to improbably becoming America’s favorite Muslim/Indian/Arab/Brown/Doctor correspondent on The Daily Show with Jon Stewart.

This is a book filled with passion, discovery, and humor. Mandvi hilariously and poignantly describes a journey that will resonate with anyone who has had to navigate his or her way in the murky space between lands. Or anyone who really loves brunch.

Diary of a WImpy Kid: The Long Haul by Jeff Kinney

A family road trip is supposed to be a lot of fun . . . unless, of course, you’re the Heffleys. The journey starts off full of promise, then quickly takes several wrong turns. Gas station bathrooms, crazed seagulls, a fender bender, and a runaway pig–not exactly Greg Heffley’s idea of a good time. But even the worst road trip can turn into an adventure–and this is one the Heffleys won’t soon forget.

Highly original in concept, execution, look, and feel, the Prune cookbook is an inspired replica of the restaurant’s kitchen binders. It is written to Gabrielle’s cooks in her distinctive voice, with as much instruction, encouragement, information, and scolding as you would find if you actually came to work at Prune as a line cook. The recipes have been tried, tasted, and tested dozens if not hundreds of times. Intended for the home cook as well as the kitchen professional, the instructions offer a range of signals for cooks—a head’s up on when you have gone too far, things to watch out for that could trip you up, suggestions on how to traverse certain uncomfortable parts of the journey to ultimately help get you to the final destination, an amazing dish.