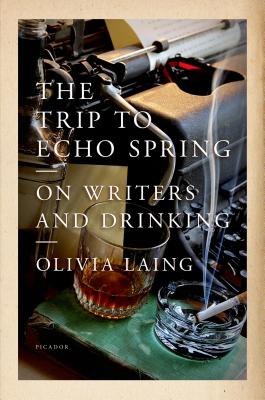 Last year, I read a book that has continued to haunt me. I find myself thinking about it, puzzling over its structure, its twists and turns and endless fascinating layers. It was an unsuspecting novel by Kristopher Jansma, his first, that I picked up one day on a whim and couldn’t put down: The Unchangeable Spots of Leopards. In it, we follow an unnamed writer through the twists and turns of his own life, down the winding alleyways of his mind while he uses his own experiences as fodder for the fictional worlds he creates. Each time he reinvents his own life on the page, the line between reality and fiction further blurs until we are no longer thoroughly certain of anything. Each chapter is a fiction in and of itself, pulling us in and then slipping away to reveal itself to have been a story within a story. One begins to feel as if Jansma is granting a forbidden peek into the mechanics of the writer’s inventions, his narrative fantasies. A quote of Hemingway’s had come to mind: “All good books are alike in that they are truer than if they had really happened and after you are finished reading one you will feel that all that happened to you and afterwards it all belongs to you…” As the writer writes and re-writes his life, patterns and people ripple and echo into each other and the suspicion begins to grow that none of the story is reliable, but somehow, all of it is true.

The book reignited an old curiosity for me about the hidden intricacies of the creative process. What is it that influences a writer to write? What mysterious combination of sensations and experiences filter through and find new meaning as fiction? I began to find subtle changes in the pattern of my reading. I started more and more to look for books about authors and their inspirations, their creative processes, the stories behind literary classics. In Careless People—a superb study of F. Scott Fitzgerald’s life surrounding his writing of The Great Gatsby, Sarah Churchwell puts it much more eloquently than I could:

“The problem with trying to think intelligently about the relationship between life and art is that it is so easy to think unintelligently about it, to make literal-minded, simplistic equations between fiction and reality. Such literalism is reductive and unimaginative, can be deeply tiresome, and often misses the point of fiction entirely. But nor can we simply eliminate life and history from the tale, as if they have nothing to do with the genesis of fiction. If at its best fiction can transform reality, that doesn’t mean that its history has nothing left to teach us. Art does not shrink when it comes into contact with reality: it expands.”

I continued searching for this curious, elusive life that drifts just beneath the surface of every story, the structure that lies under the letters, pulling them into patterns that often appear in the author’s own experiences. In this quest, I have found several notable books that manage to break through oversimplified literalism to discover the intriguing reflections and interactions of art and the lives that created it.

When I picked up Olivia Laing’s The Trip to Echo Spring, I sensed immediately her extraordinary grasp of this particular aspect of the creative process, with an added focus: how alcoholism’s effects are filtered through life experience, shaped by geographical location and artistic aesthetic, and distilled into fiction, forming some of our most famous literary figures.

Her study of the ways in which the disease affected six literary giants—John Berryman, Raymond Carver, John Cheever, F. Scott Fitzgerald, Ernest Hemingway, and Tennessee Williams, is illuminating, empathetic, and thoughtful, and her brave decision to pin the story into her own life, tracing her own family’s history with alcoholism, continues to send her observations about the past sharply through to the present.

Laing’s voice is captivating, slipping effortlessly from memoir to psychoanalysis, from biography to literary criticism and back again, against the backdrop of her own journey as she travels across the United States in the footsteps of those men she is profiling.

The book drew me in immediately with an analysis of John Cheever’s 1964 short story, “The Swimmer.” Laing’s masterful weaving together of the lost time experienced by the swimmer of the title, Neddy Merrill, and the blackouts of alcoholism were strangely poetic. Laing points to the way that for both Cheever and his protagonist, “Time is slopping around like gin in a glass,” a pattern that ripples and echoes into the works of all six authors profiled.

I was particularly interested by her chapter on Tennessee Williams, an insightful study of some of his most famous works, built up around the humid fragrances and winding streets of New Orleans. Laing’s intertwining of the city with its author was transporting. What I found most intriguing was her dissection of not only the negative effects of alcoholism on a writer’s ability (or inability) to create, but also her exploration of the ways in which these men were able to use their own struggles and addictions to continue to create multilayered, raw, mesmerizing worlds and people to inhabit them.

Laing is one of those writers whose work feels like going away on a small journey; turning the last page, I was aware of the feeling that I had just returned from someplace. I found myself identifying with Hilary Mantel, who said, “I’m sorry I’ve finished this wonderful book because I feel I’ve been talking to a wise friend. I’ve been trying to work out exactly how Olivia Laing drew me in… It’s one of the best books I’ve read about the creative uses of adversity: frightening but perversely inspiring.”

If you, like me, are interested in the stories behind famous fictional worlds, here are several other great books aside from those mentioned above. 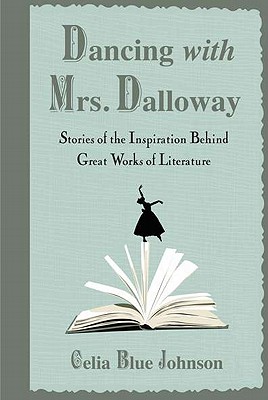 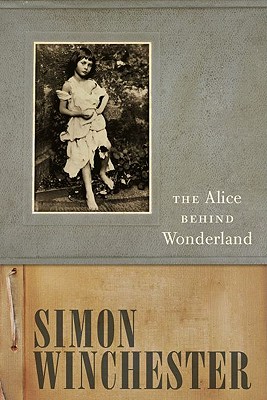 Celia Blue Johnson’s Dancing With Mrs. Dalloway is a bite-sized collection of stories of inspiration behind fifty classic works and the way in which the germ of an idea flowers differently for different artists.

Pain, Parties, and Work is an incredibly detailed account of Sylvia Plath’s summer at Mademoiselle, experiences that would ultimately form the basis for her novel, The Bell Jar. Wonderfully rich and poetic, Winder recreates a series of images, sensations, and impressions that bring Plath’s twenty-six days in New York back to life. As Sam Kashner and Nancy Schoenberger write of Pain, Parties, Work, “Winder has done nothing less than restore Sylvia to her time — she’s given us the young, brilliant, mischievous girl, and not the ponderous symbol, martyr, or muse…”

Simon Winchester’s The Alice Behind Wonderland is a thoughtful, thorough account of the friendship between Charles Dodgson, or Lewis Carroll, and the Liddell family, and the birth of the story that would become Alice in Wonderland and Behind the Looking Glass.

Copies of all books mentioned are available via bookpeople.com.