Bored at home? Try some great graphic novels! I’ve been a comic geek since 1965! Here’s the best new stuff around, and there is a lot of it if you want it!

I love me some mainstream superheroes; Spiderman, Superman, Avengers and JLA, but there’s a whole world of amazing stuff out there as well. 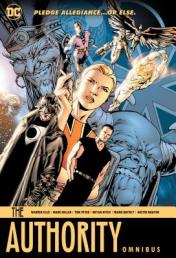 Jenny Sparks is the Spirit of the 20th Century; Apollo and Midnighter, the Superman and Batman of the team, turned up to 11; the Engineer, filled with liquid nanites, she can become any machine imaginable; the Doctor, shaman, drug addict, rock star, cult leader; Jack, God of the City, can do anything a city can do and anything with a city! Theirs are the comic stories you wish you could’ve read!

Archaeologists of the weird; Mr. Snow manipulates temperature, Jakita has superstrength and fighting skills, The Drummer can talk to technology with drumsticks. They seek out ancient alien fossils, arcane objects and bizarre metahumans in the same world as the Authority. Freaky crazy! 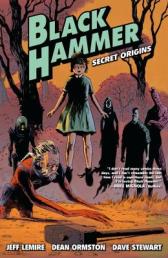 Imagine a Marvel Universe or DCU with one single editorial voice; every title, dozens of heroes, each independent and complete but all part of the same overarching story; no clone saga or Wolverine origin debacles.  The most complex and satisfying superheroes I have read!

Or Sword and Sorcery? 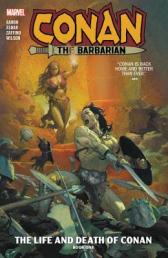 Conan the Barbarian Vol. 1 : The Life and Death of Conan Book One
Jason Aaron (Text by), Mahmud Asrar (Illustrated by)

Here it is! The best of Conan! Dark Horse produced these by pairing up amazing writer/artist teams and scripting from the original Robert E. Howard books. However, editors took all the Howard materials, ordered them by chronology in Conan’s life! Each tale in the order Conan lived it with a bit of transition material stuck in for continuity. Absolutely must have!

The Head Lopper is a white haired, grizzled old man.  Traveling about with the continuously maligning and disembodied head of a witch, he fights through a barbarian world of monsters, magic, and mayhem.  Don’t be fooled by the simplistic artwork, this is great stuff with a sense of humor and a memorable hero. 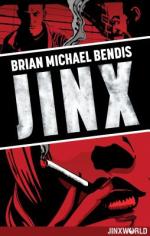 Jinx is a prequel to the same author’s AKA Goldfish, telling the story of Jinx, a female bounty hunter and her relationship with David Goldfish, con-artist and wanted felon. This is Bendis’ strong suit! If you love his Marvel work, this is just as good, but noir. And this is only the beginning of his hardboiled graphic novels.

Munoz and Sampayo’s Alack Sinner is a beat down ex-cop Private Detective.  If you like fights, corruption, femme fatales, this is for you. Sampayo’s artwork perfectly realizes the sweaty underbelly of jazztown, New Orleans. This first of two books contains several complete stories and lives on my shelf!

What about something Weird?

Somewhere  between straight up horror and Black Mirror, lives Ice Cream Man. Each issue is a separate and complete story that will crawl up under your skin and live there. Read in these collected volumes, you’ll find a bit of longform story as well. Experimental, gorgeously drawn and colored and creepy as it gets!

Wow, where to begin? Like Matt Fraction’s ODY’C, This comic is disconcertingly original; the single most alien world I have ever encountered in comics. VICE says it’s Sailor Moon on acid! Vep is a refugee chosen to train as an indentured servant on a new planet.  Dropped into an utterly disconcerting insectoid culture she still has to find a way to help the rest of her family. A completely disorienting experience for Vep and readers! Unique!

The Invisibles Book One
Grant Morrison

Who fights the Illuminati? The Invisibles! Who are the Invisibles? Maybe YOU! The Invisibles are the anti-conspiracy fighting those who would sacrifice humanity for their own gains including Chthuluesque dimensional despots, world-enslaving aliens and secret cabals of greed and power with Origami time travel, impossible techno-magic, and an assortment of the oddest heroes ever. This is Morrison’s chaos magic at its best!

Oh, I got something here for you, too! 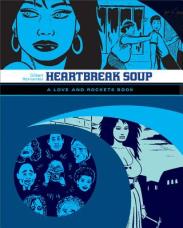 Half of Los Bros Hernandez, Gilbert serves up a poignant and ultimately heartwarming tale of unrequited love that is sexy, modern, and real with enough magic in it to satisfy fans of Like Water for Chocolate. Sweet, vulgar, grotesque, beautiful people in all their warty truths, this is fiction with depth and novelty.  Try out Jaime Hernandez House of Raging Women for some literature mixed with wrestling. Both of these guys are genius and deserve multiple reads.