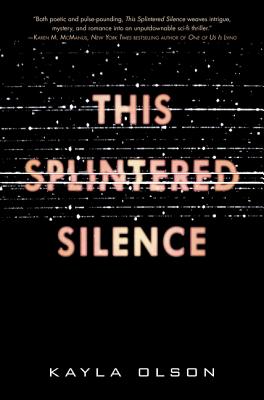 From the author of The Sandcastle Empire comes a sci-fi thriller that’s equal parts Illuminae and One of Us Is Lying. Lindley Hamilton has been the leader of the space station Lusca since every first-generation crew member on board, including her mother, the commander, were killed by a deadly virus. Lindley always assumed she’d captain the Lusca one day, but she never thought that day would come so soon. And she never thought it would be like this—struggling to survive every day, learning how to keep the Lusca running, figuring out how to communicate with Earth, making sure they don’t run out of food. When a member of the surviving second generation dies from symptoms that look just like the deadly virus, though, Lindley feels her world shrinking even smaller. The disease was supposed to be over; the second generation was supposed to be immune. But as more people die, Lindley must face the terrifying reality that either the virus has mutated or something worse is happening: one of their own is a killer. 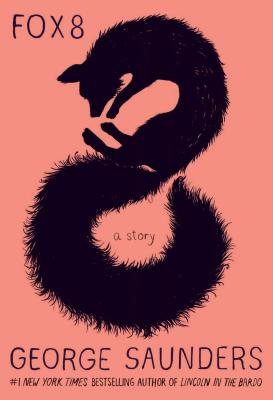 Fox 8: A Story by George Saunders

From the #1 New York Times bestselling author of Lincoln in the Bardo, a darkly comic short story about the unintended consequences unleashed by our quest to tame the natural world—featuring gorgeous black-and-white illustrations by Chelsea Cardinal.

Fox 8 has always been known as the daydreamer in his pack, the one his fellow foxes regard with a knowing snort and a roll of the eyes. That is, until he develops a unique skill: He teaches himself to speak “Yuman” by hiding in the bushes outside a house and listening to children’s bedtime stories. The power of language fuels his abundant curiosity about people—even after “danjer” arrives in the form of a new shopping mall that cuts off his food supply, sending Fox 8 on a harrowing quest to help save his pack. Told with his distinctive blend of humor and pathos, Fox 8 showcases the extraordinary imaginative talents of George Saunders, whom The New York Times called “the writer for our time.” 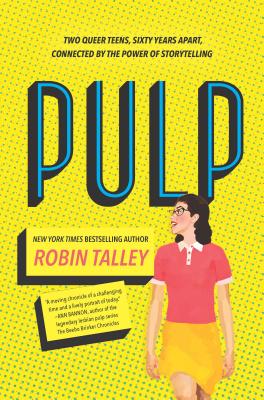 In this novel told in dual narratives, New York Times bestselling author Robin Talley weaves together the lives of two young women connected across generations through the power of words. A stunning story of bravery, love, how far we’ve come, and how much farther we have to go.

In 1955, eighteen-year-old Janet Jones keeps the love she shares with her best friend Marie a secret. It’s not easy being gay in Washington, DC, in the age of McCarthyism, but when she discovers a series of books about women falling in love with other women, it awakens something in Janet. As she juggles a romance she must keep hidden and a newfound ambition to write and publish her own story, she risks exposing herself—and Marie—to a danger all too real. Sixty-two years later, Abby Zimet can’t stop thinking about her senior project and its subject—classic 1950s lesbian pulp fiction. Between the pages of her favorite book, the stresses of Abby’s own life are lost to the fictional hopes, desires, and tragedies of the characters she’s reading about. She feels especially connected to one author, a woman who wrote under the pseudonym “Marian Love,” and becomes determined to track her down and discover her true identity. 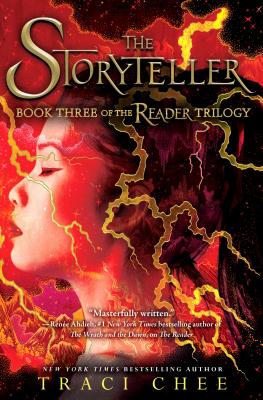 The Storyteller by Traci Chee

The thrilling conclusion to the epic adventure that began with New York Times bestselling The Reader, “a series fantasy lovers will want to sink their teeth into.”—Booklist, starred review.

Sefia is determined to keep Archer out of the Guard’s clutches and their plans for war between the Five Kingdoms. The Book, the ancient, infinite codex of the past, present and future, tells of a prophecy that will plunge Kelanna in that bloody war, but it requires a boy—Archer—and Sefia will stop at nothing to ensure his safety. The Guard has already stolen her mother, her father, and her Aunt Nin. Sefia would sooner die than let them take anymore from her—especially the boy she loves. But escaping the Guard and the Book’s prophecy is no easy task. After all, what is written always comes to pass. As Sefia and Archer watch Kelanna start to crumble to the Guard’s will, they will have to choose between their love and joining a war that just might tear them apart. Full of magic, suspense, and mystery, Traci Chee brings her Sea of Ink and Gold trilogy to a close in this spellbinding final installment. 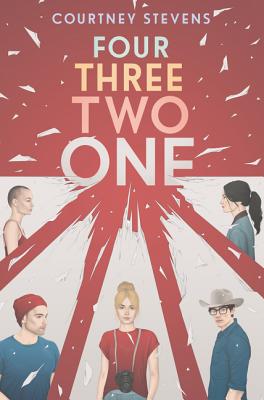 “This is not a book about a tragedy. This is a book about survivors, and hope, and belief. I wish this book wasn’t necessary, but it is. Read it. And then pass it on.” —Kathleen Glasgow, New York Times bestselling author of Girl in Pieces

Golden “Go” Jennings wasn’t supposed to be on Bus 21 the day it blew up in New York City. Neither was her boyfriend, Chandler. But they were. And so was Rudy, a cute stranger Go shared a connection with the night before. And Caroline, a girl whose silence ended up costing nineteen people their lives. Though it’s been a year since the bombing, Go isn’t any closer to getting over what happened. With Chan completely closed off to even talking about it, Go makes an impulsive decision: round up the rest of the survivors and head to New York City. There they will board an art installation made of the charred remnants of Bus 21 and hopefully reach some sort of resolution. But things are never easy when it comes to rehashing the past. Uniting the four stirs up conflicting feelings of anger and forgiveness, and shows them that, although they all survived, they may still need saving. 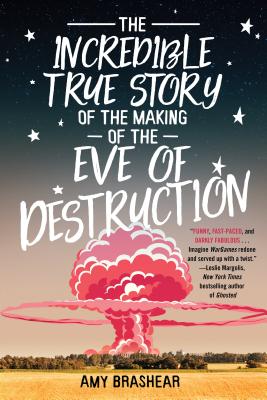 Arkansas, 1984: The town of Griffin Flat is known for almost nothing other than its nuclear missile silos. MAD—Mutually Assured Destruction—is a fear every local lives with and tries to ignore. Unfortunately that’s impossible now that film moguls have picked Griffin Flat as the location for a new nuclear holocaust movie, aptly titled The Eve of Destruction.

When sixteen-year-old Laura Ratliff wins a walk-on role (with a plus-one!) thanks to a radio call-in contest, she is more relieved than excited. Mingling with Hollywood stars on the set of a phony nuclear war is a perfect distraction from being the only child in her real nuclear family—which has also been annihilated. Her parents are divorced, and her mother has recently remarried. Her father, an officer in the Strategic Air Command, is absent . . . except when he phones at odd hours to hint at an impending catastrophe. But isn’t that his job? Laura’s only real friend is her new stepbrother, Terrence. She picks him as her plus-one for the film shoot, enraging her fair-weather friends. But their anger is nothing compared to what happens on set after the scripted nuclear explosion. Because nobody seems to know if a real nuclear bomb has detonated or not. 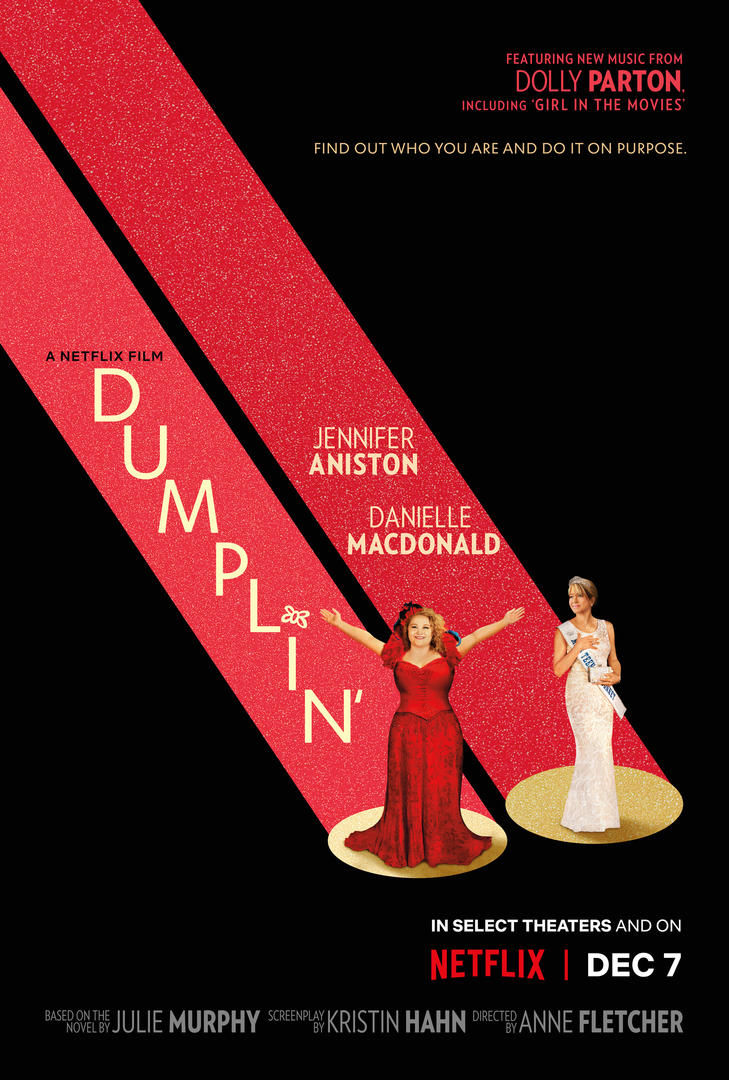 DUMPLIN’ FANS REJOICE THE TRAILER IS FINALLY  HERE FOR THE NETFLIX ORIGINAL MOVIE! TIME TO GET EXCITED!!!!