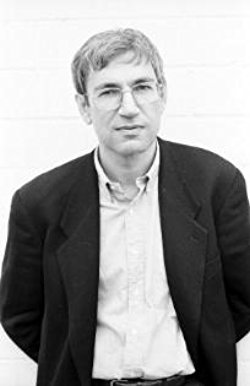 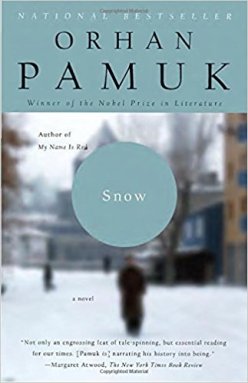 Snow is a novel of many different layers. It is a mystery, a portrayal of a socio/cultural change of a country en route to modernization, and a challenge of different political/religious popular views. There is also an interesting layer of symmetry in original title “Kar”, the protagonist’s name, “Ka” and the setting, “Kars”. Under the deafening blanket of silence and snow in the city of Kars, located in a remote part of Anatolia, there are so many things happening. The city and people are going through a political and cultural turmoil of Westernization in the early 1990s.

Kerim Alakusoglu, abbreviated to Ka, is a forty-two-year-old poet who has lived for twelve years in political exile, in Frankfort. He travels back to Turkey to attend his mother’s funeral. He hasn’t written anything in years, because he believes that in order to get inspired to write a piece, he must be close to his roots, in his country, Turkey. Ka claims himself as a journalist to stay in Kars and do research about “Headscarves suicide.” The case is about some girls committing suicide because they refuse to appear unveiled in school and public places. However, the true motive behind his decision to stay longer is to find Ipek, a girl that he knew from the time he was a student.

As Ka gets more excited to find out about the dead girls he faces challenges in his investigations. From the point of view of the traditional fundamentalists, he is an atheist. They are suspicious of him. Also, the secular government does not want to stain their modernized picture and fame by publishing more about the girls committing suicide only for the sake of wearing veil.

In his role as a journalist, Ka gets to know different viewpoints on cultural and political changes happening in his country. Some Islamists believe that Turkish girls commit suicide because they want to protect their own and family’s honor. On the other hand, according to Kadife, one of the strong female characters of the story, girls commit suicide only to show their pride, their strength. In this story, I believe, Orhan Pamuk follows Dostoyevsky’s lead by including different engaging cultural and religious debates, that would leave Ka and the reader torn.

The story takes a love story turn, when Ka meets Ipek after so many years and falls in love with her. The love inspires him to start writing poetry again. Ka starts following Ipek blindly in everything that she does, unaware of the mysterious course of events awaiting him.

Some of the themes that Pamuk emphasizes on include poverty, the political and religious oppression, and women’s rights. In his three days stay in Kars, Ka visits people who are wretchedly poor. Women are torn in this city between wearing the veil or taking it off. They don’t have the freedom of choice, and are oppressed both by their families and the government. According to Kadife, “the moment of suicide is the time when they [women] understand best how lonely it is to be a woman and what being a woman really means.”

Snow is a captivating novel by the 2006 noble prize winner, Orhan Pamuk. This is a timely read for now, because of the global themes discussed such as concerns about freedom of speech, respect for minorities and different religious groups. In the words of Margaret Atwood, “[snow] is not only an engrossing feat of tale-spinning, but essential reading for our times.”