Ottessa Moshfegh will be bringing her new collection of short stories to BookPeople on January 31st at 7 PM.

Ms. Moshfegh has too many accolades to go into here. Take a gander at her wikipedia page for the particulars: Wiki-Ottessa. She’s from Boston, her mom is from Croatia, her dad is from Iran; she is a badass, well-educated writer.

Moshfegh is a frequent contributor to the Paris Review. You can read some of her elegantly wasted stuff here:

Ottessa Moshfegh at The Paris Review

I once worked as an EMT for a large municipality and early in my career, my partner and I went on a call and I was not sure of being able to take care of this particular patient so I called for a Senior Medic to come assess and take over patient care. He did not agree with my take on the situation and told me to take the patient to the hospital. I told him I was not comfortable with the situation and his was response was: “get your uncomfortable ass into the fucking ambulance and take the patient to the goddamn hospital”. He later tracked me down to do more of his Al Swearengen impersonation and asked me: “how in the fucking hell are you ever going to expect to learn anything on this shit job if you cannot get fucking comfortable with being goddamn uncomfortable?”

Reading the stories that come from somewhere in  Ottessa Moshfegh’s psyche remind me of that incident. Sometimes, you just have to be comfortable with being uncomfortable.

Here is what Jan Coco Day, a coworker here at BookPeople, had to say about Homesick For Another World:

First the novel Eileen, and now the collection Homesick for Another World, Ottessa Moshfegh’s fiction cleanses your soul of attachments by salting your brain. These tales are for people who walk the tightrope just this side of sociopathy. These stories have a dark heartbeat–the one you feel
pounding deep in your ears when you’re under pressure. And there is no more perfect story to end a collection called Homesick for Another World than “A Better Place.”

My initial take was this:

After reading this collection of short stories, I am unsure as to whether I should lie in a warm bath and slit my wrists with a rusty old butter knife that has a bent tip or disinfect myself in a tub of battery acid after scrubbing raw with sandpaper. I do know that I will read whatever comes out of Ms. Moshfegh’s fever-chilled brain. Bad people making other bad people feel bad about themselves so that they can in turn feel better about their own existence, or something like that; brilliantly done, whatever it is…

The stories in Homesick speak of desperation, yearning, spite, deprivation, gin-soaked uber rides pointed towards true love. There are entrances and exits to perceived and real worlds via stolen money and poison berry jam.

The lyrics from a song by legendary Austin post-punk band Scratch Acid come to mind: “I’d kill for you my darling, I would rather steal and plunder; I’d even take my own life if I thought it would make you happy”

Moshfegh is coming off of a banner year with her debut novel Eileen. It won numerous accolades including being short listed for the Man Booker Prize. Eileen is like a coming of age story for people with no hope for the future, not even a sliver of light on the horizon, yet Eileen endeavors to persevere as the trite saying goes:

“Ours was not a very nice home. After my mother died, we never sorted or put her things away, never rearranged anything, and without her to clean it, the house was dirty and dusty and full of useless decorations and crowded with things, things, things everywhere. And yet it felt completely empty. It was like an abandoned home, its owners having fled one night like Jews or gypsies. We didn’t use the den or the dining room or the upstairs bedrooms much. Everything just sat there collecting dust, a magazine splayed over the arm of the couch for years, candy dish full of dead ants. I remember it like those photos of homes in the desert ravaged by nuclear testing. I think you can imagine the details for yourself.”

Suffice it to say that it does not end well for everyone in Eileen, though we can draw some solace in that at least the main protagonist is telling this story from a point many years down the road. 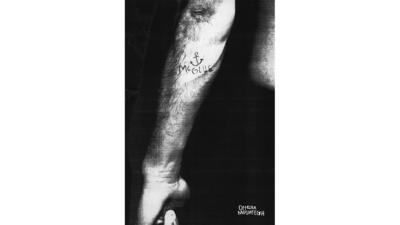 The year before, she published McGlue, a novella. A drunken 19th century murder mystery, McGlue tests our limits of empathy and compassion. What should we do with a drunken sailor indeed? Yet we eagerly go along for the ride:

“Two men walked in speaking another language. It reminded me of a sad song. The old man in charge bleated out loudly, “Git ow!”. Then a fat lady came out the back blowing a bugle. The old man scuttled her back away. I smelled cooking cabbage. The two men were gone. The kid slapped my face with a burny salve and pushed me softly up out of the chair. Johnson took a hat off of the pole and a bell clanged as we swung through the door. I had a new hat.”

I could only wish there was so much going on when I go for a shave at the barber. There is not, so I do not shave.

I listen to music in the background when I read most of the time. I recently have been on a PJ Harvey kick so this song comes to mind in relation to the stories in Homesick For Another World:

Come join us at BookPeople on January 31st at 7 PM. You may get a little uncomfortable but you might just learn something in the process.